What a year gobs eh? What a year. Globally we've had a cycling boom, a Netflix revolution, and Tao Geoghegan Hart won the Giro d'Italia. Not sure there's been much else going on that will particularly go down in herstory but Gob has been pretty busy grafting in the exceptionally busy stock rooms of the turbo trainer factory to notice much else. Everyone at the coal face has taken to covering their faces so that others can't tell whether they're smirking or growling at their colleagues which Gob has found to particularly work in Gob's favour. And there has been far less invasion of Gob's personal space this year too, something that Gob has found to be a great relief.

But what of events in Glasgow this year? Let's take a shifty at the significant local happenings in this fair town during 2020. And remember this is Bike Gob, it's christmas time, Bike Gob hates christmas and so it's unlikely to be complimentary. Today, we examine Glasgow's "Seville Moment" 😂😆🤔.

In April, top campaign group Pedal on Parliament among others started yelling about the fact that other cities around the world were suddenly pushing out a fast roll out of alterations to street spaces to make active travel safer. Scottish Parliament then decided that this would be a good thing to also do here and diverted funds from other active travel projects and highlighted emergency legislation to allow for councils to follow the rest of the world in creating safe routes for active travel.

A week later Glasgow found a one way coned off cycle lane appear along Clyde Street and a closed to motor traffic Kelvin Way. Bonus! Over the next (many) months, more cycle lanes that had already been in long term planning were brought forward for coning off, with some actually useful long stretches along London Road (which actually links in to other stuff!!) and another useful one waaaaaay out on Great Western Road, added to the temporary cycle lane arsenal. Great we thought. This might mean a usable network is finally coming to our fair city!

Ever the cynical soul, Bike Gob dusted off the gravel bike (cos potholes) and went to investigate. After five life threatening close passes from speeding motorists on the roads with no cycle lanes leading up to Clyde Street, Gob found that BG had gone to the wrong end. You see, the on-road cycle lane only goes one way and while Gob relished the thought of more screaming matches on the road with dangerous drivers to reach the opposite end, BG had already gone hoarse and so opted for the NCN path beside the bike lane lane. WAIT... REWIND... There's an NCN path beside the bike lane?! Well yeah, you'll know it very well from Bike Gob's viral international best seller video from a few years ago of course. The shared use path here is obviously utter shit, but it is available and a protected space for people on bikes, albeit shared, and it is even, would you believe, extremely well used! So why did the Glasgow City Council put this new "flagship" soft segregated lane beside an NCN, when it's far more needed elsewhere in places where there isn't even ANY utterly shit provision? Gob sensed through the Zwift Connect chat channels that there was clearly a race on at the time between Edinburgh and Glasgow to get their first SfP bike lane out, so perhaps instead of making a more useful one, Glasgow City Council decided to make one that rhymes with peasy and had motivations based around something that rhymes with nanity.

Once BG had got to the correct end of the Clyde Street lane and started pootling along it, BG spotted a rather curious and dare Gob say it, obvious issue. Wherever motor traffic needs to turn, the cycle lanes disappear. There has been no thought given in the design of the lanes to how to make the priority of bikes simply trundling straight on their way clear. No paint, no colour, no bollards*, no signage. And left hooks at wide sweeping junctions that don't make priority of people cycling clear at junctions is not exactly a new issue for the council gobs. Good campaigning gobs have been shouting about this to them for years, particularly around the South City Way design, so don't be giving us any of those "oh but Covid" excuses. After actually nearly dying when a lorry turned left across Bike Gob attempting to carry straight on, Bike Gob stood by the side of the road crying for an hour or two and then swallowed a dose of Rule 5 and carried on their investigative journey.

Gob found that the junction disappearing trick is a regular theme throughout all the SfP lanes. After not very long at all, and after taking unexpected sweet air affording a view of the tops of the high rises at all of the bus stop boarders, BG vowed never to take a child or indeed a newb along these lanes, and frankly if they're not safe enough for that, then they're just not very good. It's embarrassing really that the design of cycle lanes is continually so so wrong in Glasgow. But the speed at which safety issues are rectified suggests that the council don't do embarrassment, instead they nominate themselves for more awards such as their recent Global Green City award that made Bike Gob throw up their RAW bar all over their new winter boots.

I mean Gob doesn't really want to piss on their parade, and let's get things clear from the outset, these lanes being there are better than not being there, and Gob knows they should remain. Plus, apparently there was some global situation going on this year that made working at 100% difficult and Gob does take Gobs helmet off to the council gobs that got this going. BUT it's been around nine months now and Gob isn't seeing much improvement on their design or the choices of initial offerings.

Corkerhill Road for instance, despite the parking and the awful abrupt end, has an extremely wide buffer zone that has for many years made this unprotected painted lane one of the safest places in Glasgow that Gob has found on an 0n-road cycle route. It is shit, but it's not in a doorzone, and it's far enough away from motor traffic to feel like not the shittest. But the council gobs, rather than moving towards making this lane a part of a network and perhaps say, adding a cycle lane TOWARDS IT, say on one of the double lane roads nearby that have no space for cycling, say along Braidcraft Road for instance (OBVIOUSLY), no.... they spent the money adding soft segregation along the existing stuff! Don't get Gob wrong, it's better than it was, although the orcas don't deter the parking which was its main issue anyway, but do you see Gobs point? If money and time is limited, put the soft stuff out there where there is currently nothing. Not just somewhere where it is peasy and nanity and does nothing to create a network.

Gob actually heard that a council representative had called this years cycle lane work Glasgow's 'Seville Moment'!!! Now Gob has been to Seville, so this phrase made Gob spit their High-5 out at such a ferocious velocity that it went straight back through the tiny hole of BG's 'I Descend Like Hirschi' bidon. The key basis of first creating a network of protected routes dedicated to cycling and wheeling in Seville is certainly not what Gob is seeing here.

And another bloody thing by the way. Glasgow City Council are pretty good at telling everyone overinflated hooey about just how many cycle "routes" they have in the city. Here is their map which looks like there is well... something, right?

And their version of the map is after they agreed last year to remove the bus routes they had been including as "cycle lanes" from the map. But see if you take out every shared use path and pavement, painted lane and road with nothing more than a sign to find the space our city has that is dedicated SOLELY for protected cycling and wheeling, THIS is what you get.

It's gash. And this is why BG is finding it hard to applaud the tiny meters long stretches of rededication of space that GCC have brought in through SfP.

So the upshot of it is, Spaces for People, in Glasgow at any rate, has proven to be Spaces for Some People, in many cases it's better than not being there at all, but with more ambition, it could have been designed to be safer, used in better places, more places and would have worked better to create a network. But in true Glasgow style it doesn't, and at this rate, we might have a walking and wheeling network by the time Glasgow is fully underwater. No chapeau from Bike Gob.

*Update - one bollard has now been applied, 9 months and countless near death opportunities later.

Coming up next, BG examines the exciting events involving Rab NcNeil from The Herald having morphed into Nigel Farage. See you there Bike Gob fans. Much love. x 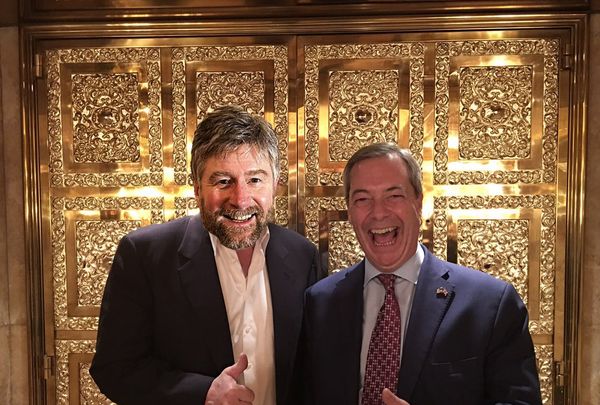 Tantada ta ta ta taaaaaaaa!!!! It's awards time! It's the one you've all been waiting for good gobs! It's long over due, and it's been well over several years since 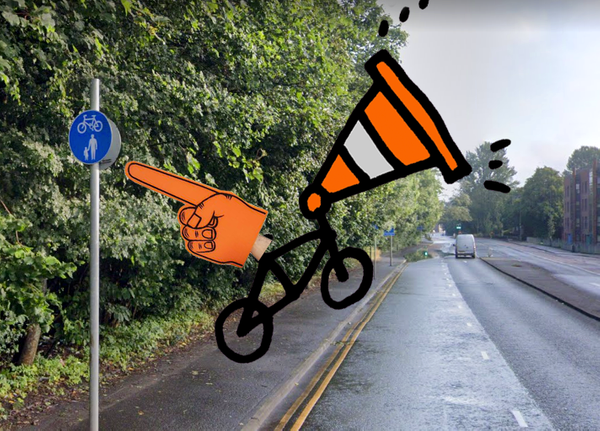 Bloody "cyclists" eh! Menace to society the bloody lot of them! Join me in hating on them together by reading this here article below thank you: