Well hi there BG fans. Bike Gob has just got back from an extended convalescence and recuperation in Copenhagen that BG had to take due to extreme stress brought on by the shit state of cycling conditions in Glasgow. Much news had filtered through to the Baltics about Glasgow and other councils declaring climate emergencies, and wonderful new segregated cycleways being installed in the city but frankly, since BG has got back BG has really found there to be very little actual change. Like, the South City Way was under construction when BG left town with a banging stress headache several years back and um, well, it still looks pretty much well… under construction. That’s the stress headache starting to come back again just thinking about it. That one on Sauchiehall Street is pretty good (aye like all 200 meters of it, big wow), but honestly, stuff like this gives Bike Gob the boke to be quite honest:

I mean, that link clicks straight through to stuff about infrastructure. Not what the award is for mate - Glasgow runs great road races we all agree, but infrastructure is a whole different kettle of pish and you're already using this "award" to refer to it. Stop it ya shower of liars.

Aaaaaanyway. To try to keep the ‘Glasgow City Council Why Are You So Pish At Making Safe Cycling Infrastructure Rage’ (GCCWAYSPAMSCIR) at bay, Bike Gob has been looking for some light hearted relief. BG was most amused by this recent tweet from the people who brought us the hands down best of all moment of the 2019 Tour de France (this obvs) and has been inspired to illustrate Bike Gobs recent cycling tours around the cycling friendly city of Glasgow in a similar manner so if you keep reading on you will see that ok.

To be honest sometimes that is BG when pulling up at lights alongside the driver who just close passed you. But that's only on a (rare) good morning. Very often it is actually more like this (turn your mobiles ffs):

That's BG on the right there by the way.

This is Bike Gob cycling along the door zone cycle lane on Kilmarnock Road:

Here's how Bike Gob feels about the cancellation of the next phases of the Bearsway:

Here's how council employees would have you imagine they use active travel to get to work:

Here’s how Bike Gob suspects council employees actually use active travel to get to work:

Here’s Bike Gob riding past the side streets on the Victoria Road Cycle Tracks:

This is Bike Gob looking a safe route to cycle on in the East End:

Here’s Bike Gob riding into one of the parked cars on the “cycle lanes” on University Avenue:

And last but not least, here’s Bike Gob hearing that Glasgow City Council have gained another cycling friendly city award:

That's all for now Gob fans. Love you. Peace out. 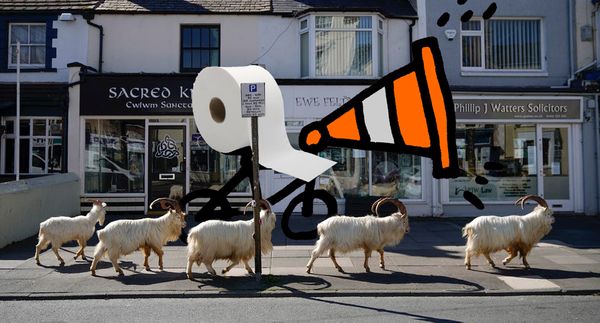