Yooooo Trip Twatters! The final conclusion of the game that everyone is talking about is here! It's time to let the games begin! Thus:

Bike Gob believes that while there might be a little bit of The Poser in all of us "cycling" gobs, it is important that we try to keep our "Inner Chimp" in check. Sadly though there are some gobs who believe that style is greater than substance and their interpretation of "cycling" style is often akin to the way a child may dress up their Barbie if they are still a thing, or perhaps like when you just moved out from home and put all lava lamps and Bob Marley posters in your room just because you can, and you think it looks great but now when you look back you realise it actually looked really whack. Now, poor cycling style isn't the worst thing ever, but should you feel like you might be edging dangerously close to the trip twat scale of The Poser, here are a few things to avoid.

Buying bikes purely because they are labelled on Gumtree as "vintage" is risky behaviour. This word will double the actual price and no, a "vintage" 1989 Apollo mountain bike is not worth £450 because it is day-glo. Similarly, paying double for toe clips because they are half the weight of the other ones is pointless if you yourself weigh anything over seven stone and are a non-professional sprinter. Bicycle wine racks, top tube pads, and bike mounted speakers are definite no nos. Handlebars narrower than a ruler are a sure sign of The Poser but then so is their resultant inability to turn left or right. And bicycle moustaches are just a crime against humanity. No really, bicycle moustaches are a thing.

As well documented amongst the forum gobs, a fixed gear bike with no brakes AND no foot retention is the biggest indicator of The Poser. This bicycling faux pas can result in the sort of riding behaviour that causes these twats to do such things as overtake you on your outside as you are about to turn right, the twat going straight on mainly because they can't stop due to the foot retention thing, turn due to the handlebar thing, or think due to the moustache thing. Quit that sort of thing please hipsters. 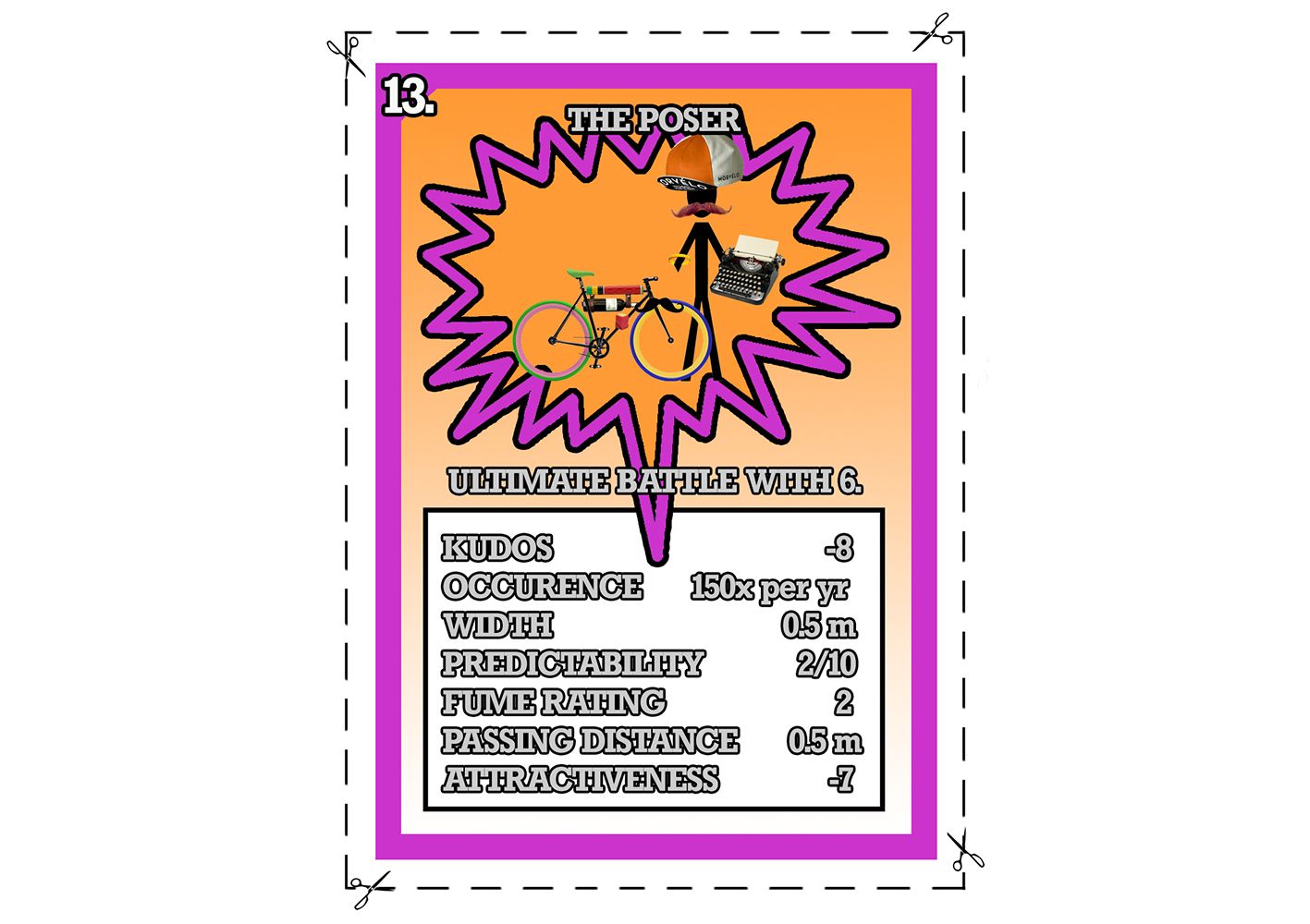 More like a Joker Card than a Trip Twat, seeing The Disco Taxi is a like winning a prize. With the purple lights flashing and 70's music booming, the inebriated gobs inside thinking they've stepped into Cash Cab New York, will treat you to passing shrieks, waves, cheers and thumbs-up, that will make you feel like the most excellent gob that you are. YOU WIN! 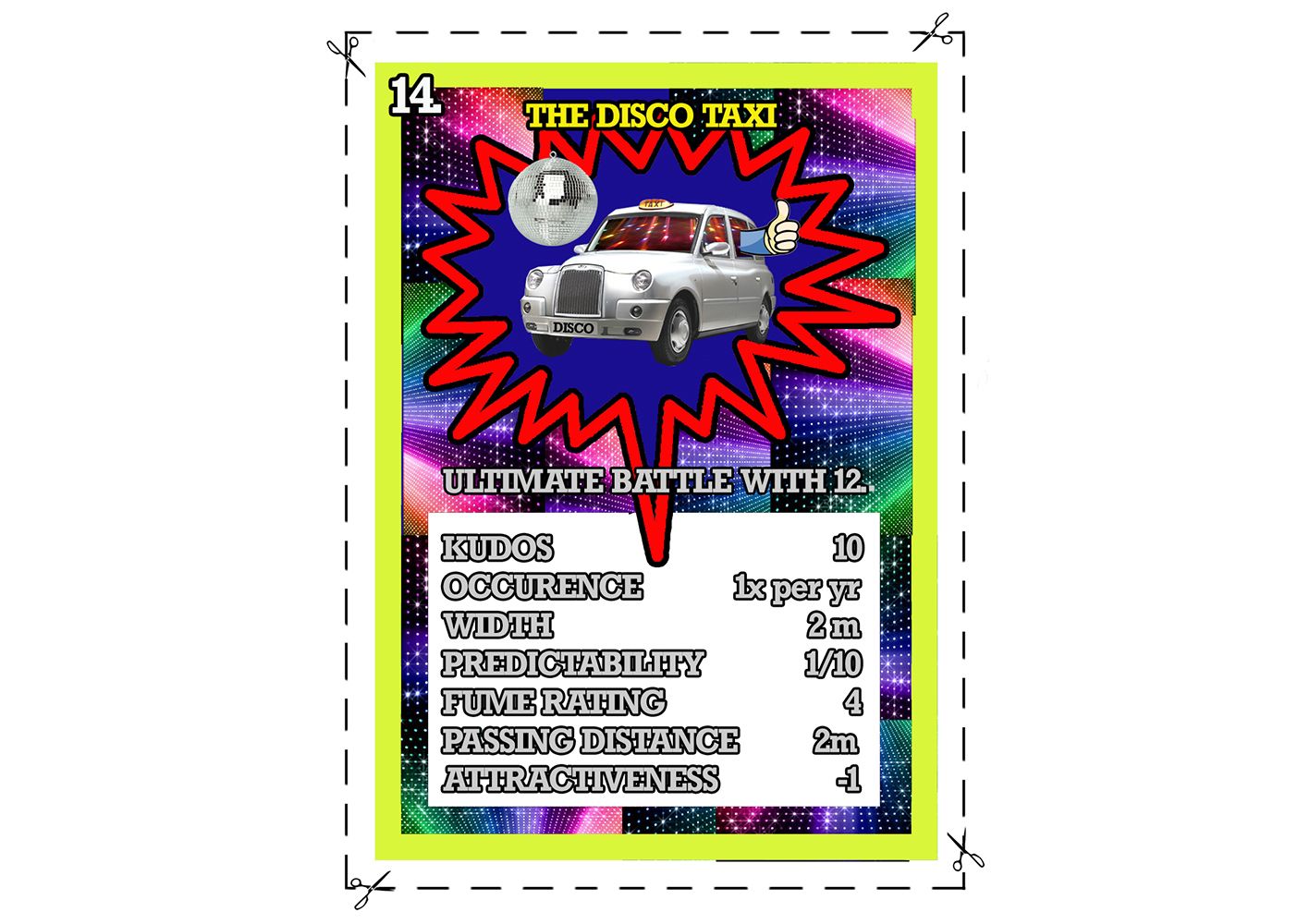 When on the pavement, the pedestrian is just groovy, but when stepping off, The Pedestrian can often trip gobs off their path causing problems, oh so many problems. Although Bike Gob believes that all gobs have the right to be anywhere and their freedom to roam should not be restricted, it has been noted that some Pedestrians will unintentionally enter the road zone when danger on two wheels or four approaches. Pedestrian behaviouralists have found that these twats may do this for several reasons.

Found mainly around the City Centre, in particular Sauchiehall Street/The Boulevard of Broken Dreams, on a Saturday night, the Drunk Pedestrian, having taken on more than he/she can swally, will be unable to distinguish the curb. Stepping onto what they believe to still be the curb and encountering several inches of free air, their landing will cause forward motion into approaching gobs. The Headphones Pedestrian on the other hand, generally seen around the West End or student halls, will be able to see their feet quite clearly, but the bulk of the mass on their head, and the meditative state caused by the encroachment into their ears will prevent accurate "stop, look, listen" behaviour. The real Twat Pedestrians though are those who do look, do see the approaching gob, but for reasons difficult to understand, will step off into gobs path anyway. This is found to be a common phenomenon, perhaps related to bikes not being scary like cars, inaccurate perception of speed, or maybe a wish of these pedestrians to become one with the gobs, but it does require excellent Twat Pedestrian spotting and forward planning from said gobs at all times. 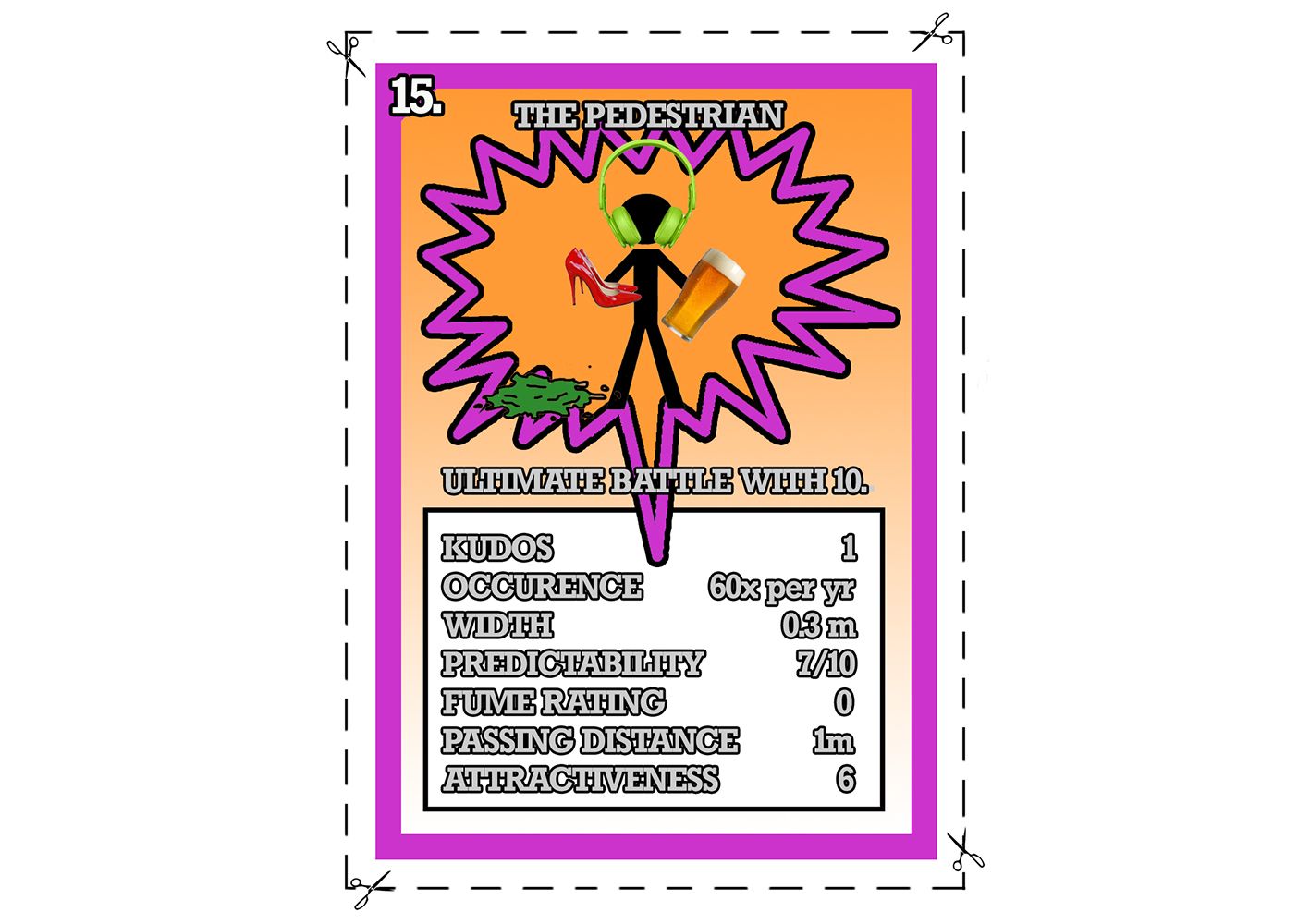 Ah the White Van. Our final Trip Twat. The White Van is cited around the world as a troublesome beast, and this is in no way an exception for cycling gobs. Whether unmarked, rented, or advertising a service, these twats undoubtedly do have a meter square "blindspot" on either side, but the twats driving behaviour suggests rather that this is actually a "blind".

While the rest are best avoided, Bike Gob suggests that you do as you see fit to those twats driving blindly while proudly displaying their business details and contact phone number and email address and facebook page and tweet thing on the side of The White Van, although a phone call, an email, a poor review on their facebook page and a retweet to @cyclingmikey all together at the same time would all be a good start. 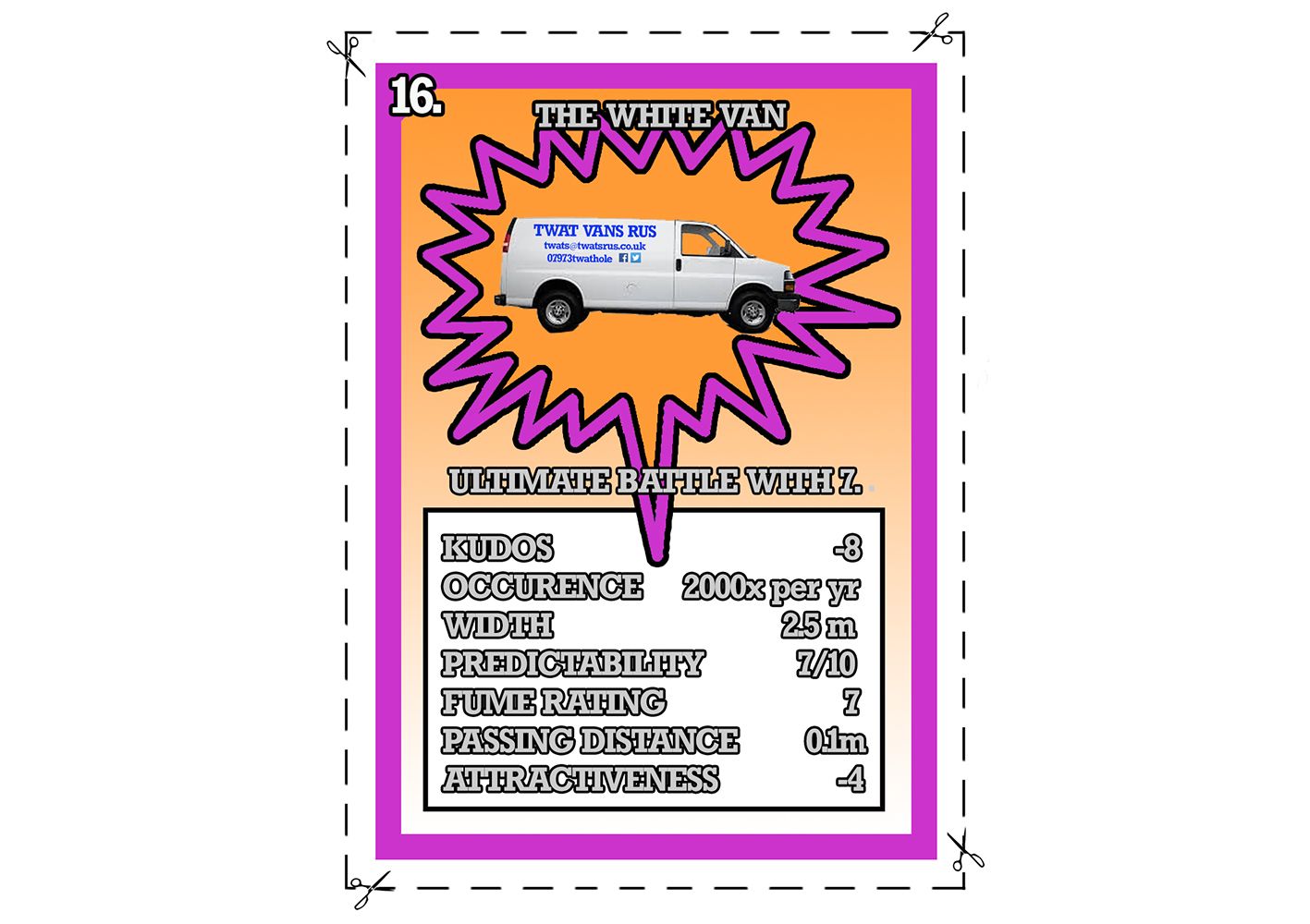 So that's that. Your Trip Twats: The Glasgow Edition (TM) pack is now complete. (Urgh Bike Gob hates the word pack. Urgh.) Enjoy playing with your friends and let Bike Gob know who comes up top twits and twat trumps and all that.

Trip Twats (TM) is a four part serial Bike Gob bike game. If you're a bit slow on the up-take, never fear as Part One is here, Part Two be at this place, and if you were to click this bit you shall probably find Part Three.

Finally Bike Gob can get back to playing Crossy Road now. Thanks and bye.

Bike Gob had a brilliant time this weekend checking out the events happening at the second Cycle Hack in Glasgow, the ORIGINAL Cycle Hack, while 25 other cycle hack events