Not the worst Trip Twat by a long way, The Club Run is generally made up of really good gobs well versed in trip etiquette, however on the odd occasion, gobs may spot some or all of the following less than desirable behaviour within the Club Run, turning the whole group into a trip twat like a bad egg.

Spitting without thought for wind direction, momentum and gobs behind. The wearing of old worn out crease displaying shorts. Stopping the group because “I forgot to start my Strava”. Boring conversation about bike components, and discussion of brand names and/or the SRAM vs Campagnolo debate(see also The Short Distance Lycra Wearer). Overuse of the complimentary pothole point to the extent of screaming “glass on the road” for the majority of the ride. Describing another route turn by turn from start to finish or by using phrases like “you know where the garage is” and “at that bit where there used to be a sign”. Mentioning ones chamois. Use of the words sufferfest, hit the trails, and epic. And the worst faux pax of all, failure to give the universally required Bike Nod. Bike Gob likes to give Bike Nods. Have you had a Bike Nod from Bike Gob? 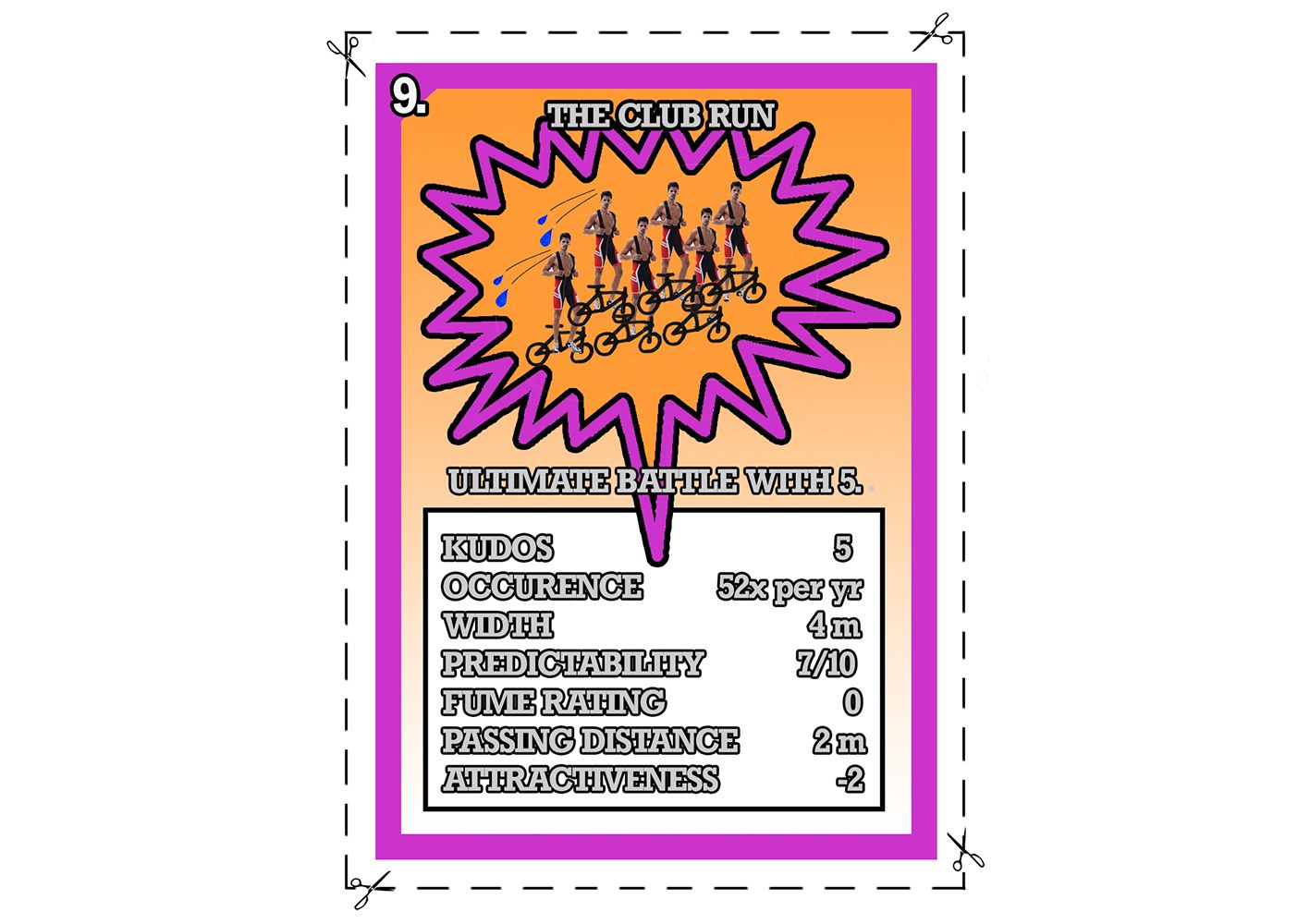 Encompassed by many breeds large and small, The Banger is challenged in age, maintenance and eco-rating, with driving skills to match. Usually hailing it's approach with the clatter of a dragging exhaust pipe, the gob within is almost always late for work and can often be observed eating breakfast, route planning, applying make-up and finishing off a written report at the wheel.

Due to the broken front window generally being boarded up with cardboard and the rusted steering column making turning difficult, The Banger twat doesn't change direction to overtake and will often brush past cycling gobs, leaving traces of peeling paint on the right arm of said gob. But they're late for work and they're past caring about their paintwork so they don't mind. The arms of cycling gobs having had this happen before do mind though, so this oncoming twat is best dealt with by kicking off above the 10mph maximum speed of The Banger and letting them eat gobs dust through the cardboard windscreen which will have probably be falling off by now. 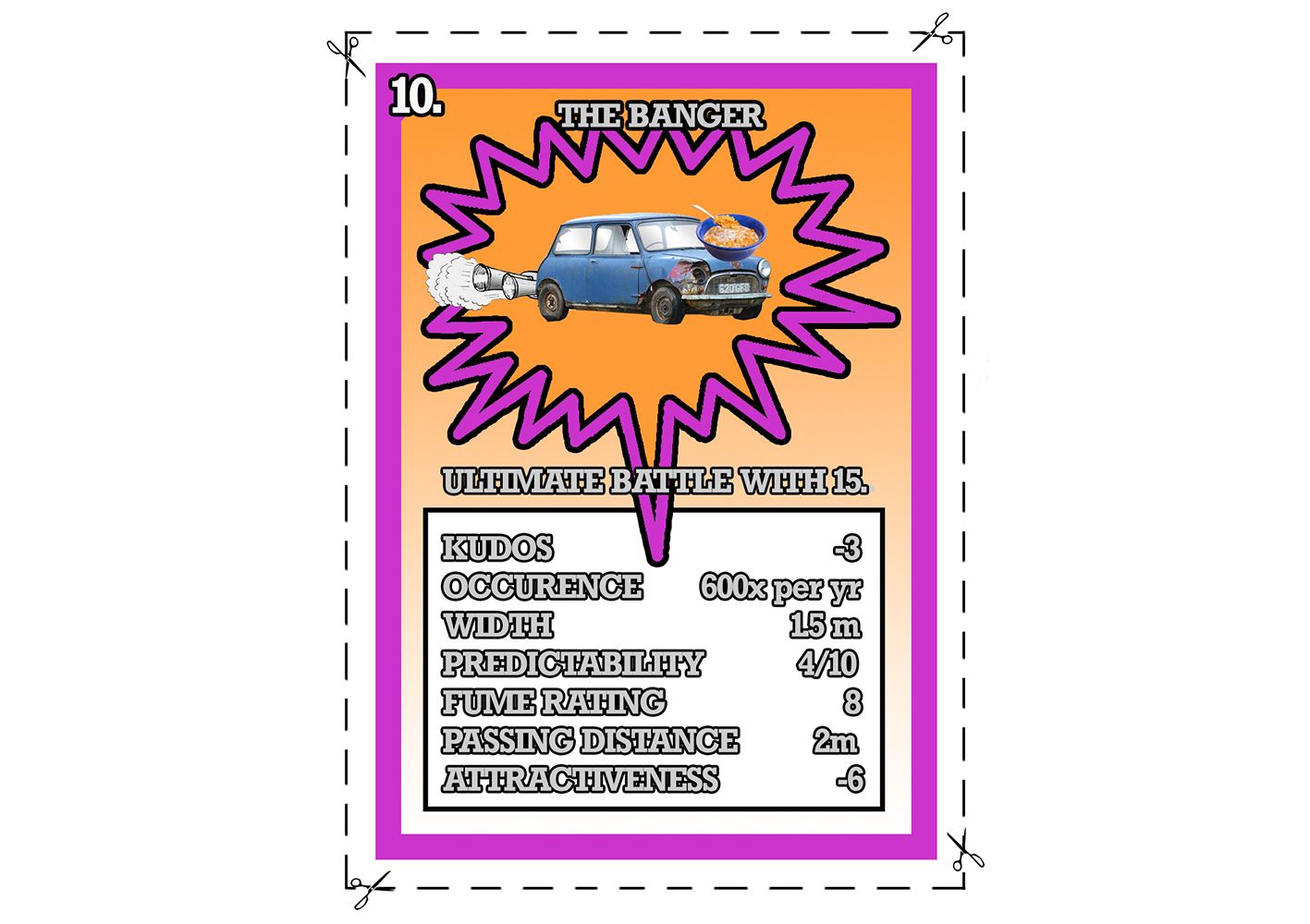 11. That Guy On The Electric Unicycle

Gobs riding around the vicinity of the Art School may have encountered the rarest of species That Guy On The Electric Unicycle. Possibly somewhere halfway between trailblazer and tragic hipster, this Guy hops on and off the kerb into the path of oncoming gobs, unaware of the potential danger he may be causing due to A. his hearing impairment from having Belle and Sebastian or some such nonsense playing in his ear and B. his vision impairment through viewing himself through the screen of his GoPro on the end of a SELFIE STICK. A GUY ON AN ELECTRIC UNICYCLE LISTENING TO BELLE AND SEBASTIAN WHILE FILMING HIMSELF WITH A GOPRO ON A SELFIE STICK. A. SELFIE. STICK.

Whether he hops off the kerb into Bike Gob's path or not the mere sight of him makes Bike Gob fall off Bike Gob's bike purely just with disbelief that one day a guy might wake up and decide that he is going to become a guy that goes around on an electric unicycle listening to Belle and Sebastian (or other nonsense) while filming himself with a GoPro. ON. A. SELFIE. STICK. Belle and Sebastian and selfie sticks aside, Bike Gob doesn't really know if That Guy On The Electric Unicycle is a twat or not, but Bike Gob thinks he must be because every gob knows that unicycles are stupid. 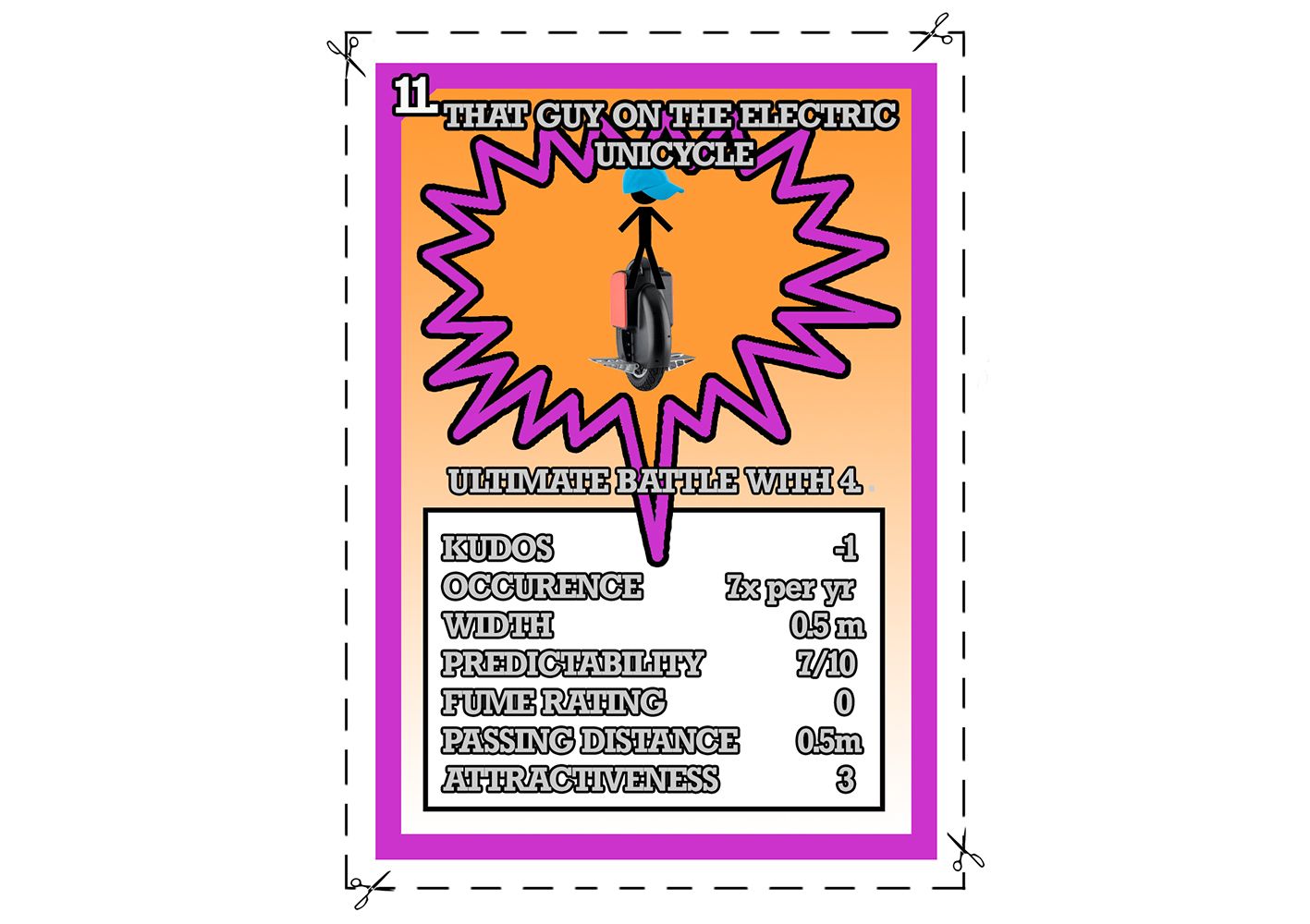 Another professional driver twat causing concern for gobs in Glasgow is The Deliverer. Believing that being on a schedule means that passing distances no longer apply, these twats can be found in a few guises. The pizza Deliverer, proudly holding their brand new licences should have passing distance awareness fresh in their minds, but their inexperience when met with a cycling gob will blow their training out the window. The letter and parcel Deliverer on the other hand should have experience a plenty, but their skills are generally hampered by their sat-nav adjusting and mobile telephone communication requirements.

Gob's getting into any bother with either can be relieved by pointing and laughing at the standard uniform shorts the Deliverer will hopefully be wearing or by insisting on some fresh hot food by way of apology. 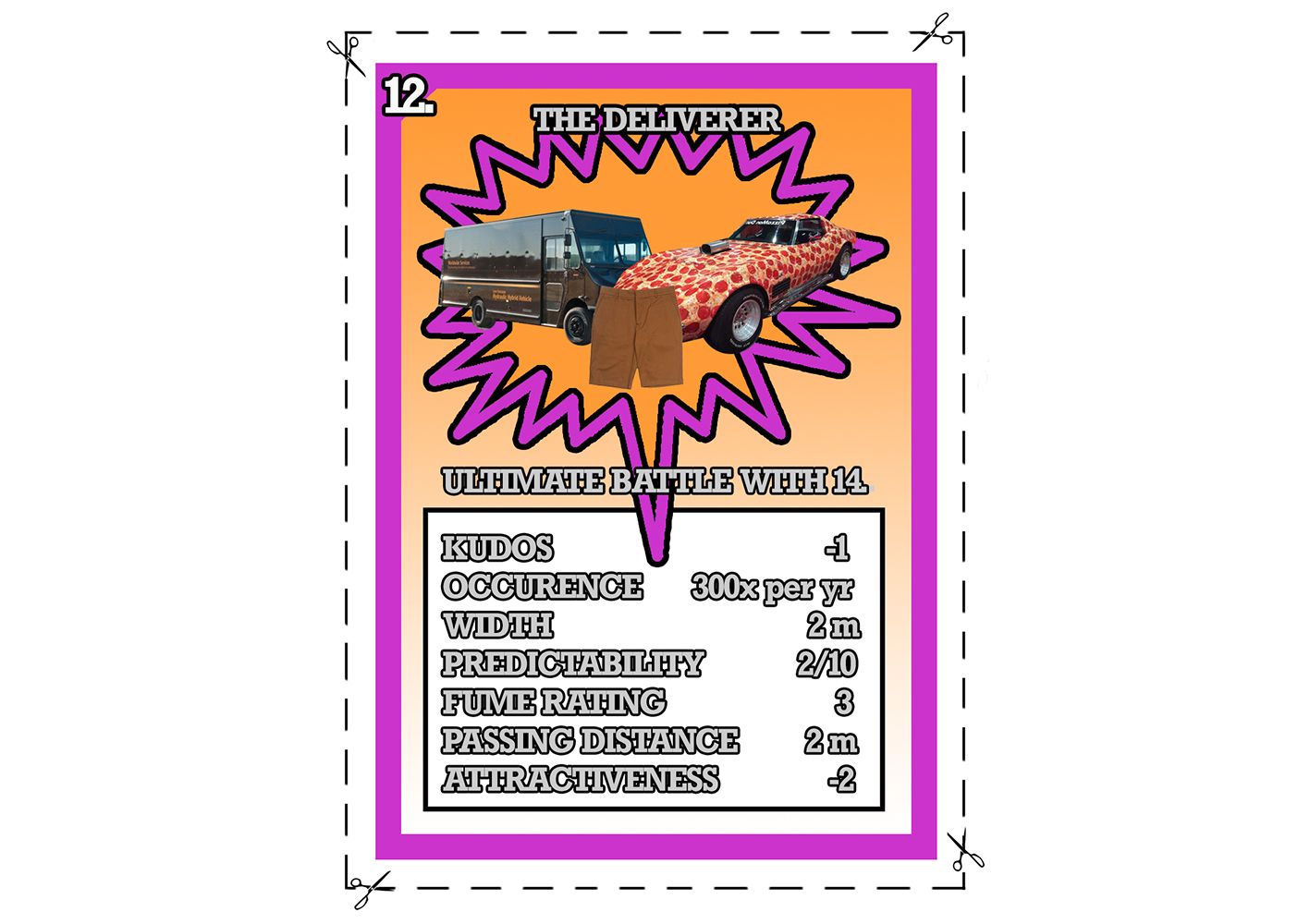 Trip Twats (TM) is a four part serial Bike Gob bike game. If you're a bit slow on the up-take, never fear as Part One is here, Part Two be at this place, and if you were to click this bit you shall probably find Part Four.

Bike Gob's popular Twit Twats competition continues. Tell your friends about Trip Twats. Share it on facebook or twit it on twitter and you will be entered into Bike Gob's competition to win a non bike, no accessories to go with it and a two week trip to nowhere!!! Pass it on to win!!!

Yooooo Trip Twatters! The final conclusion of the game that everyone is talking about is here! It's time to let the games begin! Thus: 13. The Poser Bike Gob believes

Calm down, calm down for goodness sakes, Twip Twats part two is upon you. Get your scissors at the ready: 5. The Short Distance Lycra Wearer If you've never encountered