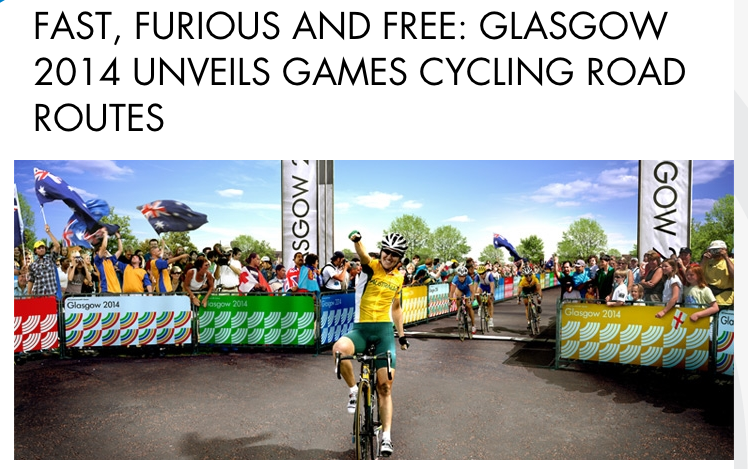 Glasgow City Council have taglined the race, 'Fast, Furious and Free'. Bike Gob thinks that this is almost as ridiculously pish as that fucking stupid thistle "Clyde" and the Games screensavers all over the place declaring "It's Going To Be Awesome" despite the fact that it's going to be in Glasgow for adults AND NOT IN FUCKING AMERICA FOR SLACKLINING TEENAGERS.

And what is with that digitised photo? Did "Clyde" himself make it on his lunch break in Paintshop Pro because that's the best software the council IT department could provide? Why with all the Australians?! It looks like something out of an episode of Black Mirror and it makes Bike Gob want to shave Bike Gob's eyeballs off with a frayed gear cable.

Aaaaaanyway... crap promo aside, Bike Gob attended last years road race, rumoured to be a tester of the route for this year, and had a great great day. Highlights of road races Bike Gob has attended in the past include:

The Road Race is happening on Sunday the 3rd of August and starts and finishes at Glasgow Green. Check out the route here. 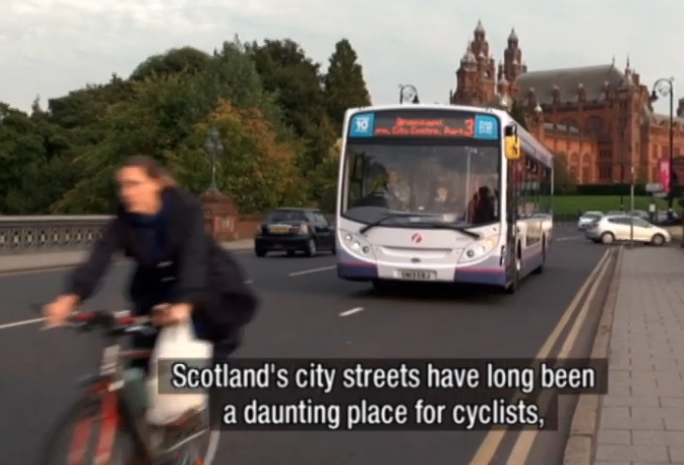 Lots of bike gobs including Bike Gob think that Glasgow City Council are dragging their heels somewhat on the making cycling easier and safer in Glasgow front. In the build

Penultimately (second last?) another hit list pick of bike stuff happening this summer, Bike Gob brings you The Spokesman Theatre. Perfect for a jolly family outing, this theatre show has