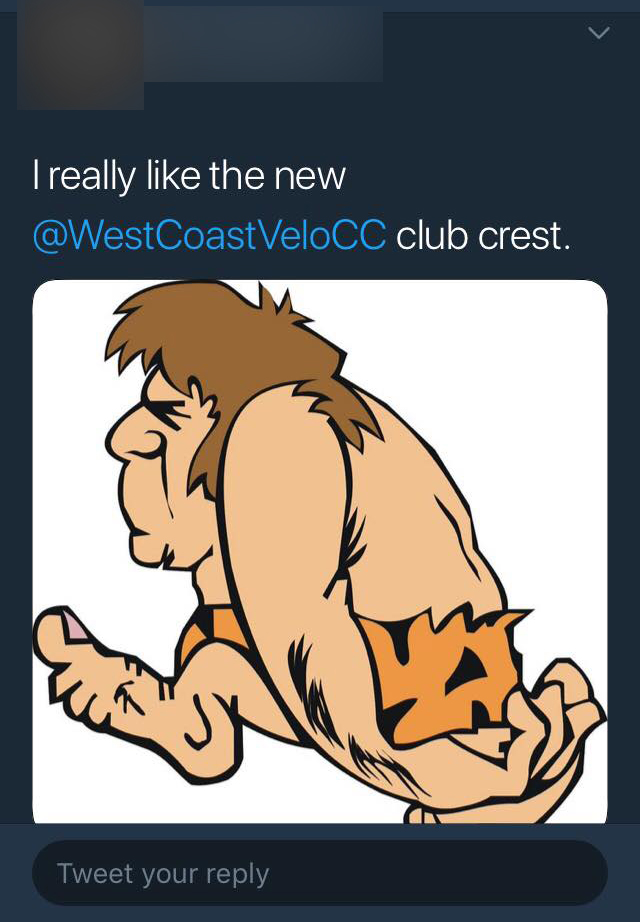 Now bear with Gob dear readers, for this is a long running lengthy piece, a soap opera of a sordid nature, a true story that a handful of Bike Gob fans have sent in, investigated in full, and verified by Bike Gob. The club in question? Bike Gobs gobs of the year: West Coast Velo. Now some may say that West Coast Velo is not really a cycling club - they organise their rides through Meetup, and the group riding discipline can be somewhat, um, haphazard at times. But during Gob's investigations, Gob has found that the club does provide a range of rides for a variety of abilities and has in the past, lived up to the inclusive nature it proudly proclaims to hold. 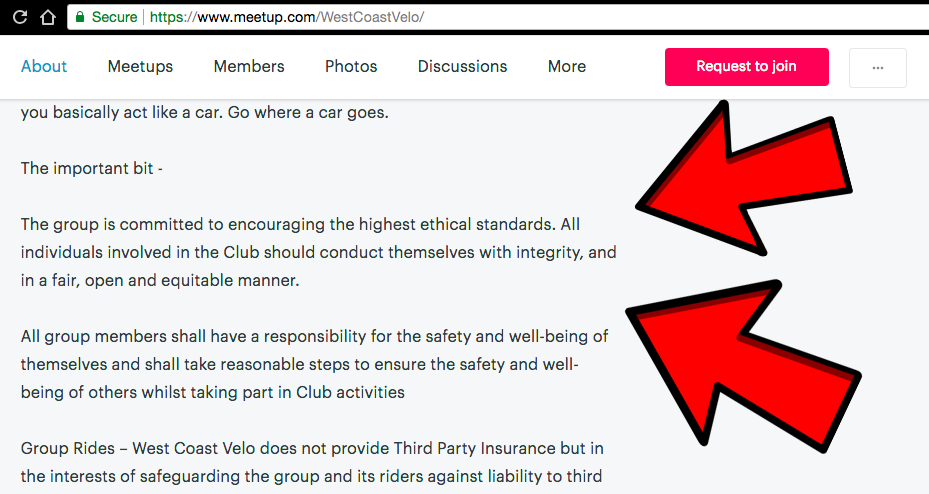 Bike Gob's investigation into the evidence handed over by now former members, dates back to October 2017, so let Gob begin. When a significant and very vocal member got somewhat out of hand on the social media side of the club, posting sexist comments, sending misogynist messages and deleting members who stood up to this, some members started to speak out against it. A large part of the reaction and ensuing online debate centred around the reposting of women only rides around Glasgow. Now, Gob doesn't really feel it is necessary to explain to you why these rides are a good thing, but for the avoidance of doubt, it is widely reported that women are a disproportionate minority in cycling, in fact this article on the Bally BC just the other day discussed a number of reasons for this. Many good gobs believe that running women only rides can help encourage this particular minority into building up confidence into the sport, and also into using bikes to get around, so they must be a good thing right? Not so, felt a small number of WCV members (several of whom are now on the committee, but we will return to these gobs later dear reader), who failed to see the fairly obvious reasoning behind women only rides. And so a debate ensued, and said "out of hand member" began deleting comments that opposed his view, and actually started removing paid up members from the club who spoke out in favour of working towards a gender balance. When this was challenged, the "out of hand member" left the club in a cream puff.

Bike Gob's case file shows that it was at this point that a meeting was called. It was attended by some feminism deniers, but also by some other forward thinking members. From a mix of these gobs, a committee was set up with a 2 (f) 5 (m) gender split, and agreement was made not to allow the "out of hand member" back into the club. A commitment was made to ensure that no more naked Victoria Pendleton pictures or comments about "fit burds" or indeed, "fat burds" would be approved, and that online and offline sexism would not be tolerated. Job done!

Oh! But remember those current committee members who had been against the idea of women only rides? Well they continued to be big pals with the "out of hand member" and it seems that over the course of the next year, hatched a plan to get their women hater, homophobic pal back into the club. (Women hater / homophobic is a bit strong you say? Not so. BG has been handed a wealth of evidence that shows this, and sadly much much more to be the case). A seemingly innocuous committee meeting was called for the 31st of May 2018, and a coup was set in place to remove the three feminist members from the committee, those they knew would oppose the reintroduction of the "out of hand member". This constituted both women sitting and a man (sigh, yes, a man can be a feminist too you know - believe in equality? you're a feminist).

It has come to light that the reason given at this meeting for their removal by those orchestrating the "coup" was because "there had been complaints". The nature of these complaints was not elaborated on, in fact when questioned they didn't seem to know what they were or even if there actually were any complaints, but they uncomfortably maintained there were complaints none the less, while exchanging sweaty glances between each other. During their uncomfortable realisation that they should probably have planned a little more background to their made up "there have been complaints" plan, one "coup" committee member was heard to say that he personally was very offended by advertising on social media of women only rides.

Despite subsequent repeated requests for information on why they were removed from the committee, our three feminist heroes have been met with silence. Bike Gob is of the opinion having conducted extensive interviews (and Bike Gob's opinions are always correct), that this silence can only be because the very slow penny has dropped with the committee that admitting that the removals were due to a stand against sexism is going to be seen as somewhat unpalatable and is certainly not something that can be admitted in like, public. Best keep those views to the WCV mens pub chat eh lads. With your newly reinstated "out of hand member", back and fully participating and continuing with the online misogynist bullying and abuse. Bike Gob can confirm that they are correct in that first assumption.

So not a peep of information to our three musketeers on why they were removed from the committee. Over two weeks have passed with no response, but Bike Gob has managed to acquire through Gobs extensive back channels, the following terribly punctuated bulletin, which was sent to the remainder of the WCV members on Sunday 3rd June. That is, those who hadn't already left on hearing the news that their club was in disrepute: 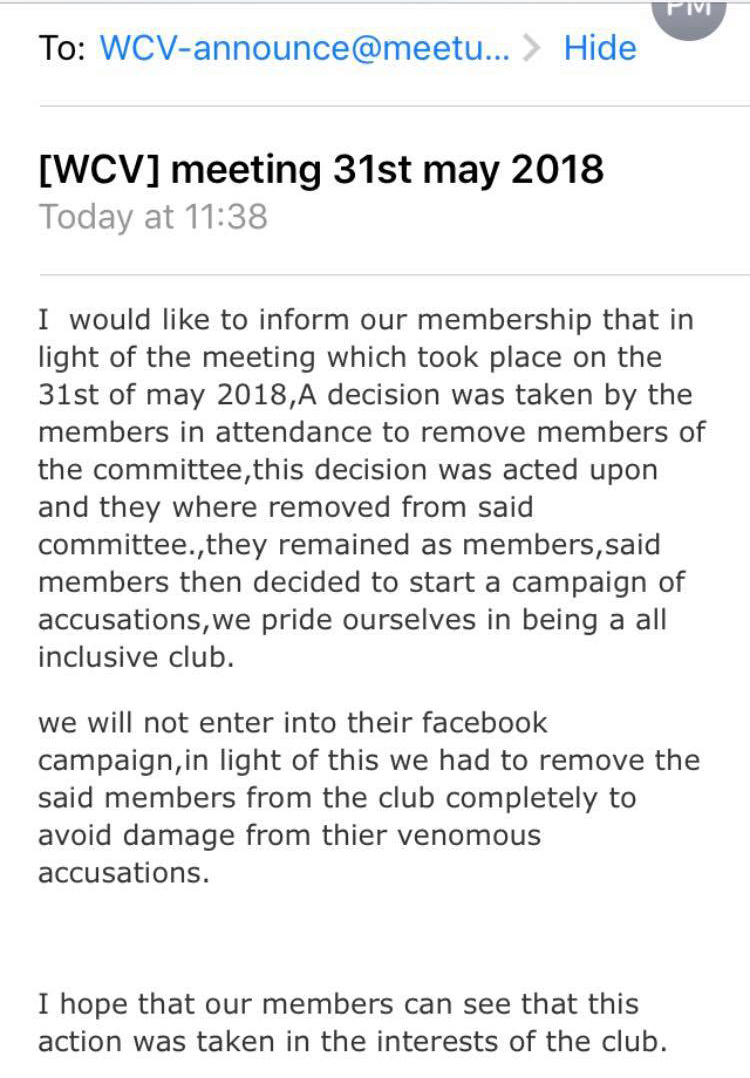 What's this you hear? Venomous accusations? A facebook campaign? Sexists can't do grammar? Perhaps they deserved it, Bike Gob started to think! For like one minute that is, until further investigative delvings uncovered the one private (as in only available to friends) facebook post that this bulletin referred to, posted the previous evening*. And Bike Gob can exclusively reveal to you here, the aforementioned venomous campaign:

Foul play indeed dear reader. That committee must have been crying into their cereal bars, wiping their poor little upset snotty big noses with their chamois' having borne the brunt of such a long borne out campaign from the poisonous snakes of women who dare to stand up for themselves huh.

How can it be that any gob, being of a bike loving nature, would feel that this bullying and openly sexist behaviour is in any way acceptable? Gob is aghast that this has occurred and that the club can continue on as though nothing has happened. Granted, the majority of members will not have the full story and Gob hopes that now, with the publishing of Gobs full case file, all West Coast Velo members, male and female, who believe in equality, will speak out and make a stand.

Bike Gob calls for the current committee of West Coast Velo to stand down, to acknowledge their wrongdoings, and to make a public apology. WCV members need to step up now to return the club to it's stated levels of integrity, and ensure that a gender balanced committee takes it's place.

Gobs, this is the 21st century and yes, sexism is still a thing. Sake. 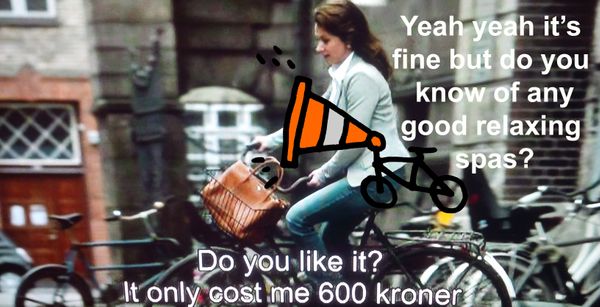 Well hi there BG fans. Bike Gob has just got back from an extended convalescence and recuperation in Copenhagen that BG had to take due to extreme stress brought on 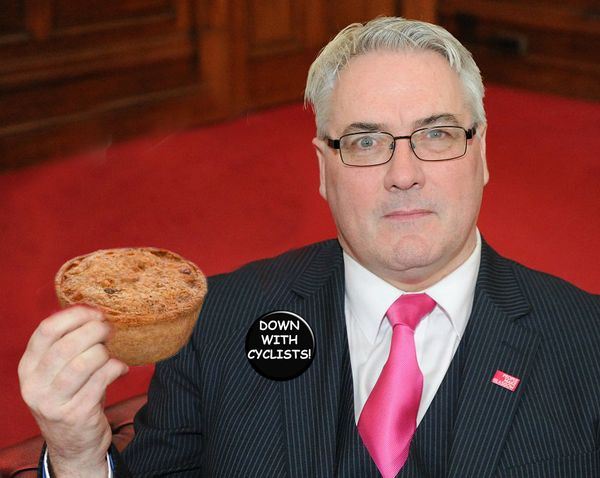 Oi Bike Gob fans. Where've you been? First sign of a new year and off you all go and forget about your old pal Bike Gob. Bloody charming. Mind you,