A few weeks ago Bike Gob's big pals Glasgow City Council put out a "very important" road safety advert that has had everyone who has seen it choke on their cereal. It seems you see, that the latest reason Glasgow City Council think that our streets are unsafe is..... OLD PEOPLE!!! At any rate, a significant enough reason to spend lots of money on an advert blaming old people for getting into accidents by stepping out in front of cars. The original advert is here. Gob had no idea that all along our problems have all been because of effing bleeding old people! Wrinkly gobs!!

Bike Gob thinks this is bullshit. This is disgusting victim blaming at the highest level and a thinly veiled but obvious attempt to divert attention away from what the council actually need to be doing to make our streets safer. That is, making the unpopular moves of reducing motor traffic on our roads, and putting WAY more funding to safer walking and cycling infrastructure in the city. Unpopular is the operative word here though and Bike Gob's big pals in the council are not of the brave.

Quit wasting money you say you dont have on bullshit please GCC. 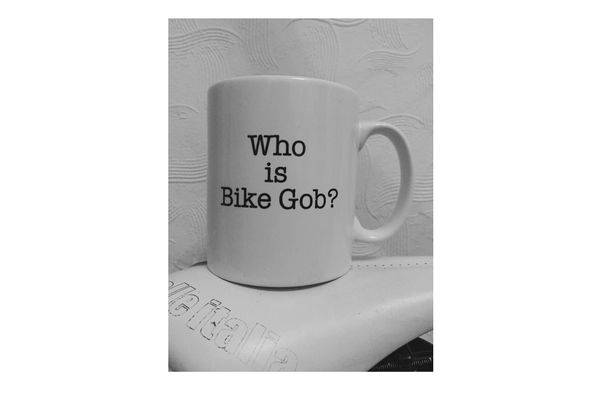 Who indeed... #‎happytohaveapparentlyreachedlegendstatus‬ And yes indeed that’s right folks. Bike Gob does indeed have an app. Get it free and get it here! ** App disclaimer - only for iPhone. 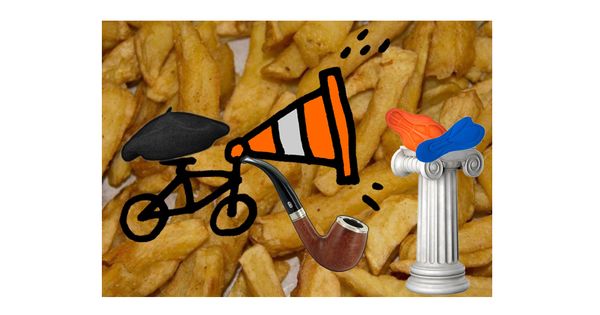 Bike Gob has been feeling all creative of late. It may have something to do with mis-judged pictures of chips, or maybe it's just the weather, but Bike Gob has