Bike Gob was delighted to receive a response from Councillor Frank McAveety, Glasgow City Council's cycling representative, to Bike Gob's Glasgow's Cycling Award video and wants to share with you the conversation that is being had. Bike Gob had to make some corrections to Frank's letter but has posted both his corrected response, and Bike Gob's response to the response here. 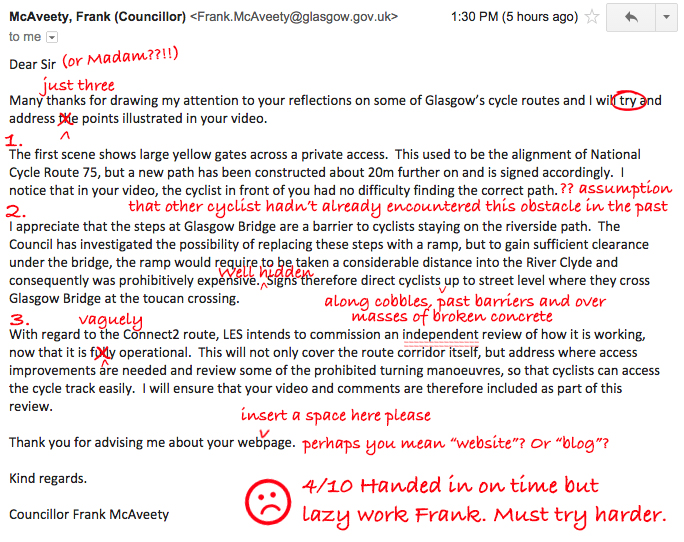 That was a lot of words. Bike Gob is going for a lie down now but if you have any comments, corrections, or anything you want to add to this please do let Bike Gob know.