Bike Gob signed up to be a cyclist for the drawing chalk lines in the city thing for the Commonwealth Games that was called 'Glasgow Slow Down'.

Bike Gob recently saw a performance described as "towards an Aristotelian notion of five senses". Bike Gob was reminded of this when reading that Glasgow Slow Down was "ephemeral" and "infiltrates in different ways".

Regardless, Bike Gob rode around Glasgow drawing lines of chalk with Bike Gobs bike, some that remained, and some that were washed away in the rain. Bike Gob wasn't quite sure why, but Bike Gob did it anyway, and Bike Gob was puzzled but happy.

Bike Gob has heard tell of Unicorn Bike Land. Here is where: Bike Gob would love to know more about this wonderful place Unicorn Bike Land. If you have any information please send in your artist impressions to bikegob at gmail dot com 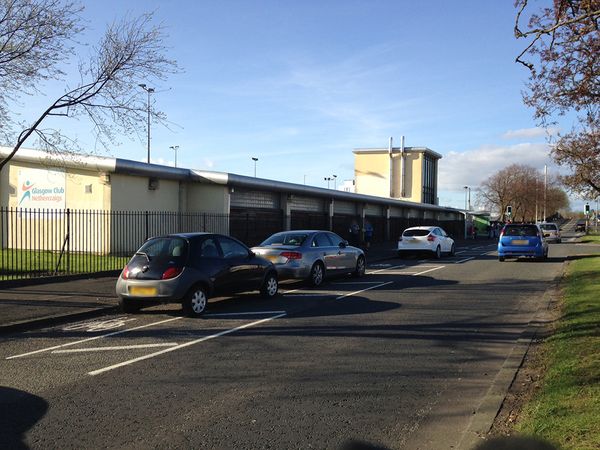 This weeks coveted Gobble of the Week award goes to...... Glasgow Club Nethercraigs! A very hearty congratulations to all of you over there at the council run sporting facility for