That means NO!!!!! STOP YOUR ABSOLUTE SHOWER OF OUT OF ORDER NONSENSE AND LISTEN!!!

What's all this business Bike Gob is hearing about you going ahead and tacking on "cycle upgrades" (fnguuh, upgrades! sorry, BG just choked on BGs last mouthful of High Five there) to the Fastlink routes that have NOT BEEN CONSULTED ON, and get this people, for this is a prize nugget of news, centre around SHARED USE PAVEMENTS????!!!!!!! And apparently, you've just gone ahead and started the work on it! STOP!!! RIGHT!!! THERE!!!

Seriously, Fastlink people, what are you thinking??!! Although this should really be something you as transport planners should already know all about, let Bike Gob patronisingly explain to you all about why Shared Use Pavements are the most counterproductive thing you could be doing to improve cycling around Fastlink. 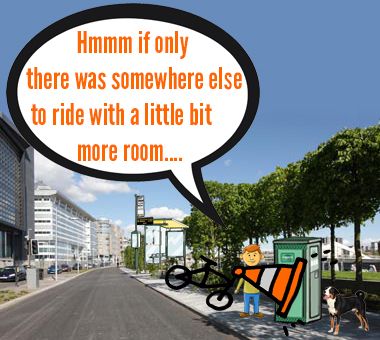 So anyway Fastlink, as you know, you just don't get to build brand new infrastructure in a city in this day and age without incorporating active travel into it. That doesn't get to happen. Oooooh no no no no no no. Not on Bike Gob's watch. Oh, but hold on a second, YOU ALREADY HAVE!!!! Have you any idea how backward that is! It's embarrassing! And not only have you not involved any planning from the outset to include cycling in the plans you've, uh, uh, um, BANNED cycling from parts of it! Were you actually having a laugh when you did that? It's like, the only way that could have come forward out of a meeting would be by you all sitting around the table in your suits with your shit biscuits having a right good laugh about how funny it would be to see the faces of the cycling campaigners if you were to say, ban cycling from parts of these brand new pot hole free freshly tarmaced wide roads that are protected from the majority of city traffic, and the person taking the minutes sort of missed that it was all a bit tongue in cheek and so wrote it up and then it just kind of got carried forward by people because it was in the minutes. Because in this supposedly council branded "cycling friendly city", failing to plan cycling into brand new infrastructure would never happen, right? Sigh. 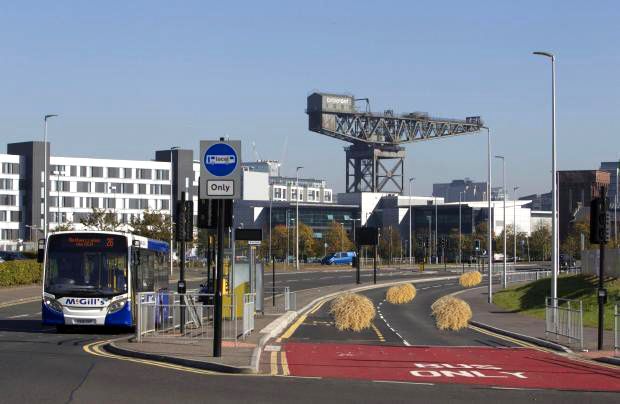 So what should you build if not Shared Use Pavements? Well obviously as cycle campaigners had been telling you from the start, plan in the cycling from er... the start! But that's obviously too late and so you have now made it harder for yourselves. From right now you need to halt, do your proper consultations and get back to the drawing board. As punishment you need to build segregated cycle lanes everywhere. And lift your ridiculous ban on cycling on these routes. 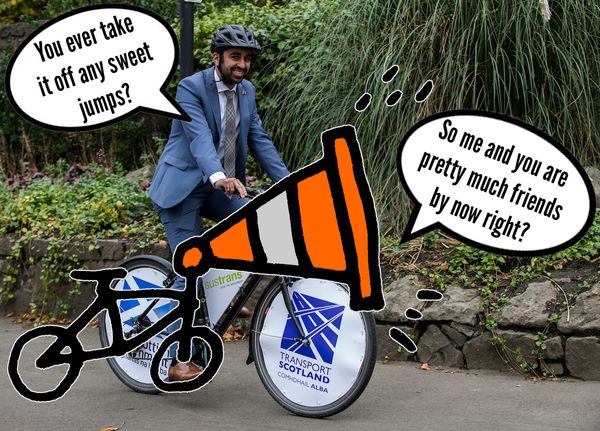 Bike Gob's heart was warmed and toe clips excited yesterday by some promising announcements by the people on high regarding a doubling of the active travel budget, as well as