And what exactly does the independence referendum have to do with Bike Gob I hear you ask? Because Bike Gob wants everyone to know. This is important. This is big. This is our special chance to make things different, better, make a change. This is like our own mini revolution. Bike Gob has always wanted to start a revolution but has found it difficult because Bike Gob doesn't go through red lights, never mind throw eggs at Boris Johnson, yet this revolution is being handed to us on a plate, legally, and we should be shouting about it from the rooftops. We should be doing this: 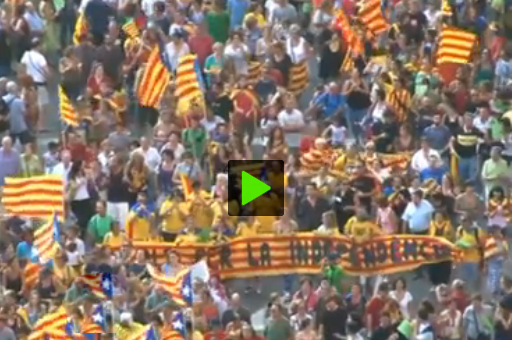 Bike Gob's vote is not one for borders. It's not a vote for flags - Bike Gob is no tartan wearing Tunnocks bearing patriot. This is a vote for change - one that will look to reduce the ridiculous levels of poverty in Scotland - a possibility to run things a different way. Bike Gob wants a greener future. Bike Gob wants Glasgow Copenhaganised. Bike Gob has seen Borgen and wants a piece of that. Mrs Borgen even rides her bike in red high heels and to Mrs Borgen riding her bike in red high heels Bike Gob votes aye.

Bike Gob wants Scotland to say whether Scotland has fracking fracking, trident, and the NHS.

But what about the pound some gobs rightly want to know? Some say ITS ALREADY OURS. It's a fully tradable currency and if we want it we keep it. Others say that that is missing the point.

But I don't want Baron Greenback as king, other gobs say. THIS IS NOT A VOTE FOR ALEX SALMOND. IT'S NOT EVEN A VOTE FOR THE SNP. Bike Gob's cycling politician hero Green Party MSP Patrick Harvie puts it very nicely here.

This referendum is important to everyone living in Scotland. We only have this one chance - think about it, read about it, talk about it and spread the word. Bike Gob says aye, aye, aye!

Have you registered to vote? You must register by the 2nd of September. If you haven't DO IT HERE quick smart. 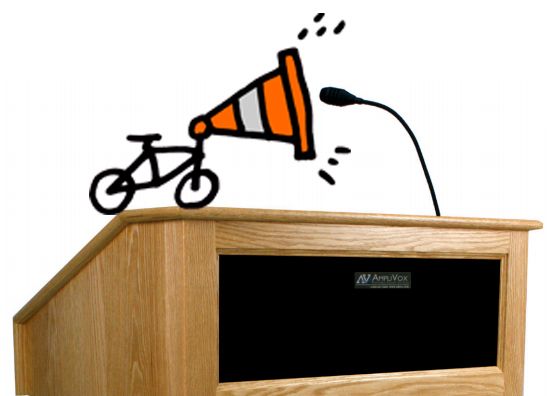 Right gobs, this Thursday the 4th of September is National Cycle to Work Day, so Bike Gob has prepared a useful guide to cycling to work for you to share 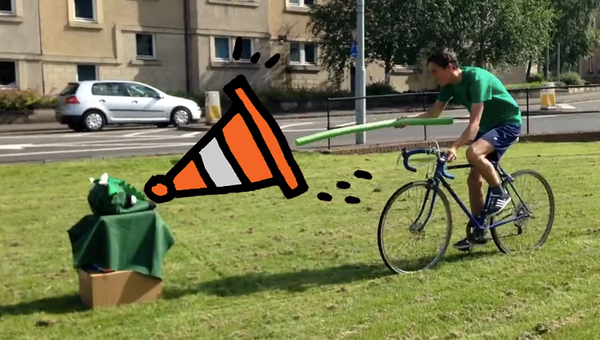 Drafting in closely behind Bike Gob's popular Berkeley Street Boardgame (TM), Bike Gob brings you today, squires and squiresses, a new game for gobs and all to enjoy upon ones