For Bike Gob's first interview, much like Paxman (who is said to model his interview style on that of Bike Gob's) BG had planned to bring you thought provoking, challenging questions and conversation that would open up philosophical debate to be returned to time and again in the name of changing the world. Instead, Bike Gob got star stuck, and while catching up with David Brennan, AKA Magnatom, Strathclyde's infamous cycle campaigner, Pedal on Parliament co-founder, helmet-cam wearing, YouTube heart throb sensation, BG ended up asking him about about chewitt's, lycra and unicorns instead. But at least BG didn't ask him what he had for breakfast. Here he is and here is what they said right here in this next bit here: 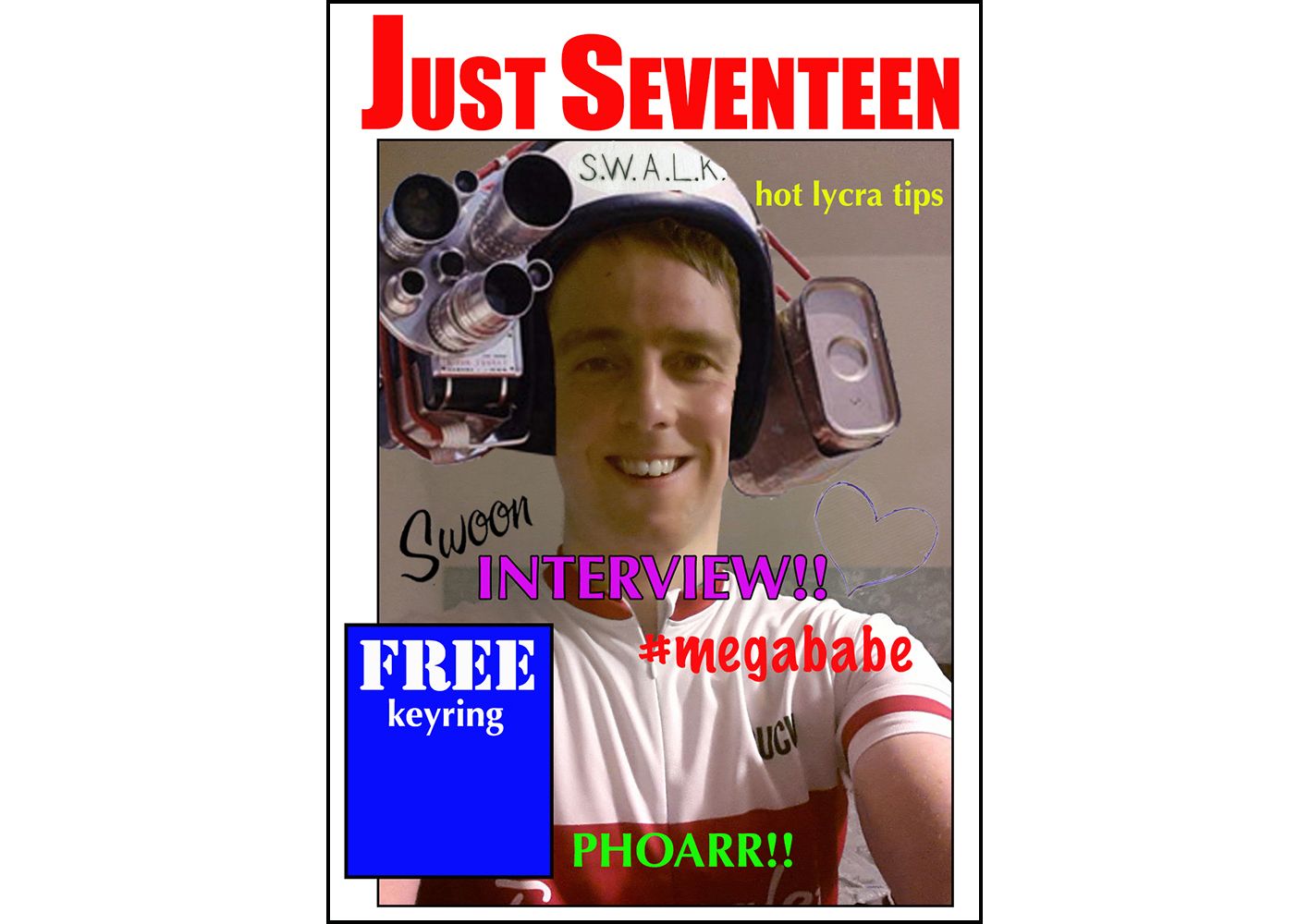 BG: Dearest Mr Brennan. Hi! Um... Ok so... Here is my first question for you... Right so... oh yeah. BG is aware that you helped start up Pedal On Parliament. BG gives you mega big kudos! How did you go about starting such a big and important movement?

DB: Completely by accident! I took part in a bike safari (a group cycle around, looking at the lack of infrastructure) in Glasgow where some representatives from the Cycle Embassy of Great Britain including Sally Hinchcliffe also came along. Kim Harding was also there whom I knew from some organised cycle rides we had both been on. At the meeting we chatted about the upcoming Big Ride protest down in London, calling for better infrastructure. We all expressed how we would like to go. A day or so later when I looked into organising trains and accommodation I realised it was going to be too expensive for me to justify. It then occurred to me... why go to London to protest when Scotland's cycling policy is set in Holyrood. So I wondered, could we have a ride in Scotland? Would anyone care? I contacted Sally and Kim via e-mail and asked them what they thought. They both thought it would be a great idea, so I blogged about the idea. and.... the rest, as they say, is history!

BG: Ah. Very good. So.. um.. right yeah, why Magnatom? Your name isn't Tom. When you are Magnatom are you a superhero and do you get changed in a telephone box?

DB: There are photo-shopped pictures of me cycling with a cape and mask on......but no, I'm no superhero unfortunately! I work with MRI scanners and one type of scanner is called a Magnetom. One day I needed a username on the internet. BG: Hmmm, for your Plenty of Potholes profile huh huh? I thought, the name of the scanner would be good. Unfortunately I'm poor at spelling and swapped the e for an a. The name just stuck after that. It's probably just as well my spelling was poor as I'm not sure the MRI manufacturer would want to sponsor me.

BG: What is your favourite pothole in Glasgow and where would you take it on a first date?

DB: Oooh there are so many great potholes in Glasgow to choose from. I suppose it depends if you are into deep, wide or long. BG: Um, wow... ok?! My personal favourite though has to be a collection of potholes that are found in the Clyde Tunnel cycle path. It is placed strategically on a curvy downhill section, ready to jar the bones of the unprepared and to send you hurtling towards the wall. I know it so well I know the exact route to take through it for the smoothest ride... BG: Gulp....! I'd take it on a first date to the City Chambers, in particular to Frank MacAveety's office. I'd probably dump it then and there..... 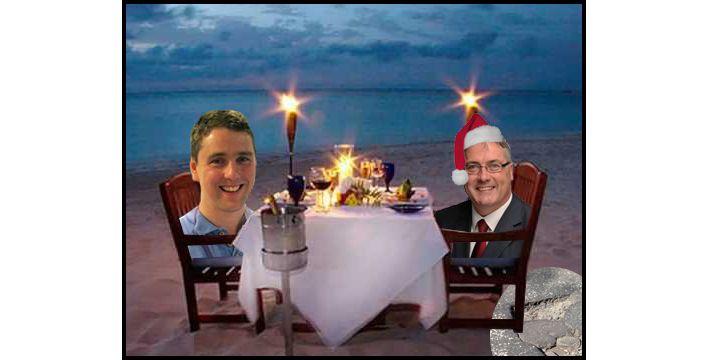 BG: Lovely choice Tom. Now, BG has noticed that you enjoy wearing lycra. What tips would you give to other cycling gobs considering taking up the craze?

BG: Right then. Do you have any advice for BGs readers who would like to help make cycling better in Glasgow?

DB: Make a lot of noise! I've heard many people talk of change but do nothing about it. Change only comes if you speak up. Of course it helps if we all work together, so consider joining a local campaign group like Go-Bike or Spokes. Most importantly though support us at Pedal on Parliament and come along to our event on the 25th April in Edinburgh! What? You haven't heard about POP?!? Where have you been?!?

DB: Not enough! Never enough!! I personally have four bikes (I'm not counting my kid's and my wife's bikes). The problem is I can think of several more I want/need/desire. I'd like a mountain bike, a carbon fibre super duper road bike, a Brompton, a single speed (yes I know purists will tell me it should be a fixie, but my poor knees.... BG: Pfffft! ), and perhaps a nice green Paper Bicycle. Hmm. I might need to live in my shed and store my bikes in the house.

BG: Yes but how many bikes does your wife think you have in your shed?

DB: Unfortunately they are too big to hide. Mind you helmet cameras are a lot smaller and I like upgrading. I'm definitely not waiting on a 360cam, oh no....

DB: As a trained scientist my head says kilometres, but my heart still beats in miles.

DB: For me it has to be Graeme Obree. He's one of the few cyclists that I remember from my childhood even though I wasn't really into cycling. His battle for the hour record and against the UCI was inspirational, as was the way he has battled with his daemons and came out the other side. I haven't unfortunately had the opportunity to have a pint with him, but I did have the opportunity to cycle along side him at one of the POPs. Pretty cool when a childhood icon supports a campaign you helped found!

BD: Ah, BG's got a good one! Why did Mark Cridge put a chewitt in your hair?

DB: You know what, I have absolutely no idea. Perhaps he was considering a career as a taxi driver at the time.
BG: UPDATE: Despite an initially "sticky" start, BG has discovered that Dave and Mark have since "sweetly" made up which is excellent news. No crying over lost toffees here then... D'ya get it? Yeah but do you? Did you get BG's joke? Eh?

BG: Dave, BG can call you Dave right? What do you like to do to unwind?

DB: I've been called a lot worse! Apart from cycling (yes I do enjoy it, contrary to how it may seem from my videos), I enjoy listening to music. I have very eclectic tastes, and like listening to everything from Miles Davis to Trance Anthems. BG: Cough I don't though, mix cycling and listening to music. It would only give my haters something else to criticise me for. Oh and I enjoy spending time with my family, though I'm not sure I'd call that relaxing.... 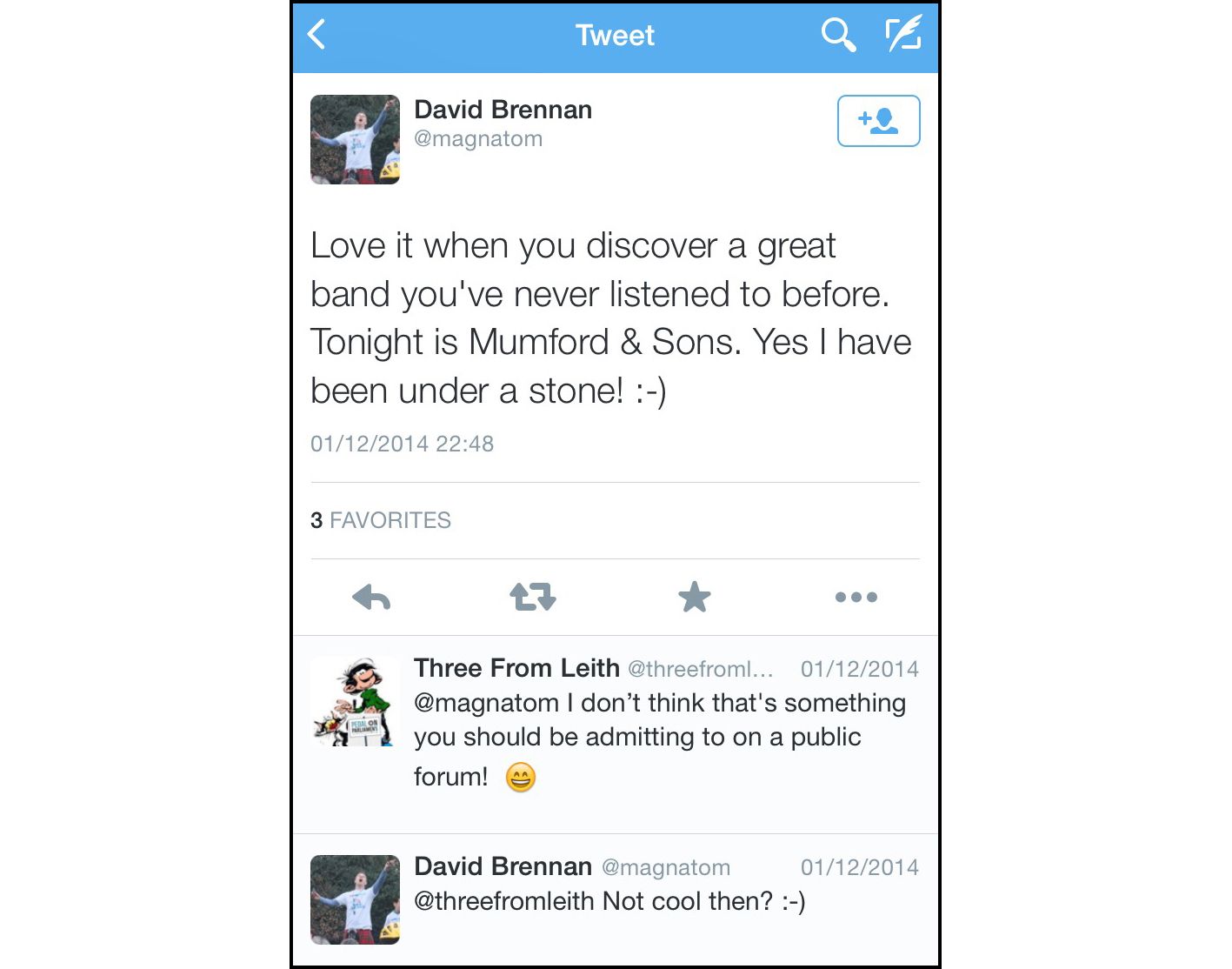 BG: When it comes to winter riding are you "badass" (see rule #9)

DB: About as badass as they come! The only weather that tends to stop me cycling is very strong winds. BG: Bike Gob has checked the hallowed rule book of The Velominati and is sorry Dave, but Rule #9 in fact states that “If you are out riding in bad weather, it means you are a badass. Period” and despite being “pretty tough”, your strong wind assertion must therefore disqualify you from the “Badass” category. It isn't fun mixing with traffic whilst being hit by gusting side winds. Apart from the fact that you need to clean the bike in bad weather, I actually enjoy riding in it. In fact the perfect bad weather is when it is not bad enough to make it unsafe, but bad enough that people think you are mad for riding in it. "You cycled in that!!?!?" 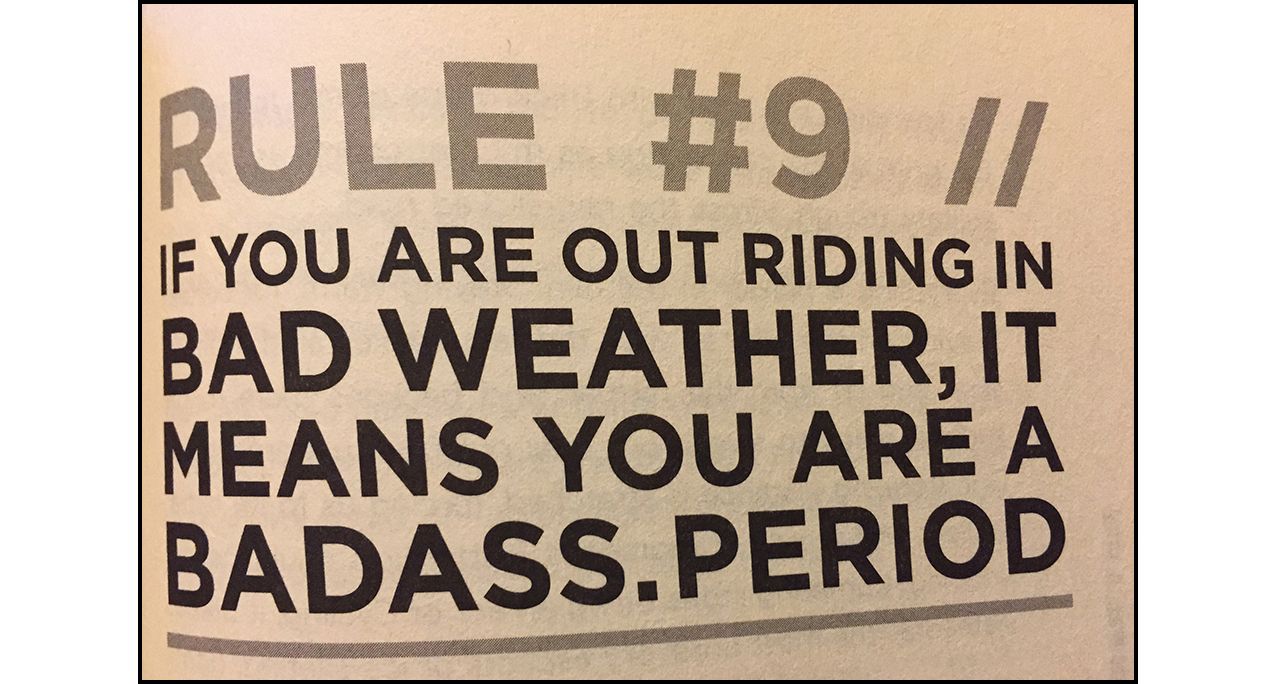 DB: I have found myself humming the Blue Danube Waltz whilst filtering through three miles of near traffic. I have no idea why. BG: And don't forget your car karaoke Dave.

BG: Helmet cams. Some gobs (not necessarily correctly) would say that these add fuel to the perceived cyclist vs driver war on the roads. How would you answer to that?

DB: There is no war and never has been. There are however, people in charge of bikes, cars, vans, HGV's and their feet, who are either ignorant. arrogant or both. I don't think wearing a camera changes any of that, although occasionally, just occasionally I've noticed drivers notice the camera and then pull back a bit.
I actually hate the fact that I feel the need to wear the camera and I wish no-one felt the need for one. The only way I will feel happy to cycle commute without one is if the roads are designed to make all modes of transport safe. I could happily ride all day in Amsterdam without feeling the need for a camera.

BG: What is your favourite bike shop in Glasgow?

DB: If I'm honest, I don't have one. I quite enjoy tinkering in my own garage and learning new tinkering techniques via the fountain of knowledge that is YouTube. My experiences of bikes shops vary, from extremely helpful, to downright hostile. BG: Very diplomatic there Dave. I know of one particular bike shop where I'm not particularly well liked due to my videos. Some would prefer cycling to remain the preserve of the brave, which I don't understand.

BG: Yeah but do you believe in bike unicorn land?

DB: I decided to consult an expert on this one, and yes, my five year old daughter confirms that bike unicorn land does indeed exist and is apparently 10 miles left of 'cycle friendly politician land'.

BG: And finally Mr Dave, are you ready for it? Do you think Glasgow can ever realistically become like Copenhagen for bike gobs?

DB: I've come to realise over the years that the most important trait that a cycle campaigner must have is optimism. I and nearly all campaigners that I know are only campaigning because we believe that change is not only possible, but it is inevitable. The process is though, incredibly frustrating at times and there are certainly days where it feels like we are going backwards rather than forwards. I have no doubt though, that we will get there. Will 'there' be the same as Copenhagen? Not necessarily. Will we have similar modal shares of cycling? Perhaps, perhaps not. However, with the correct political will, we could see transformative changes in road infrastructure that would allow all who wanted to, to cycle safely. 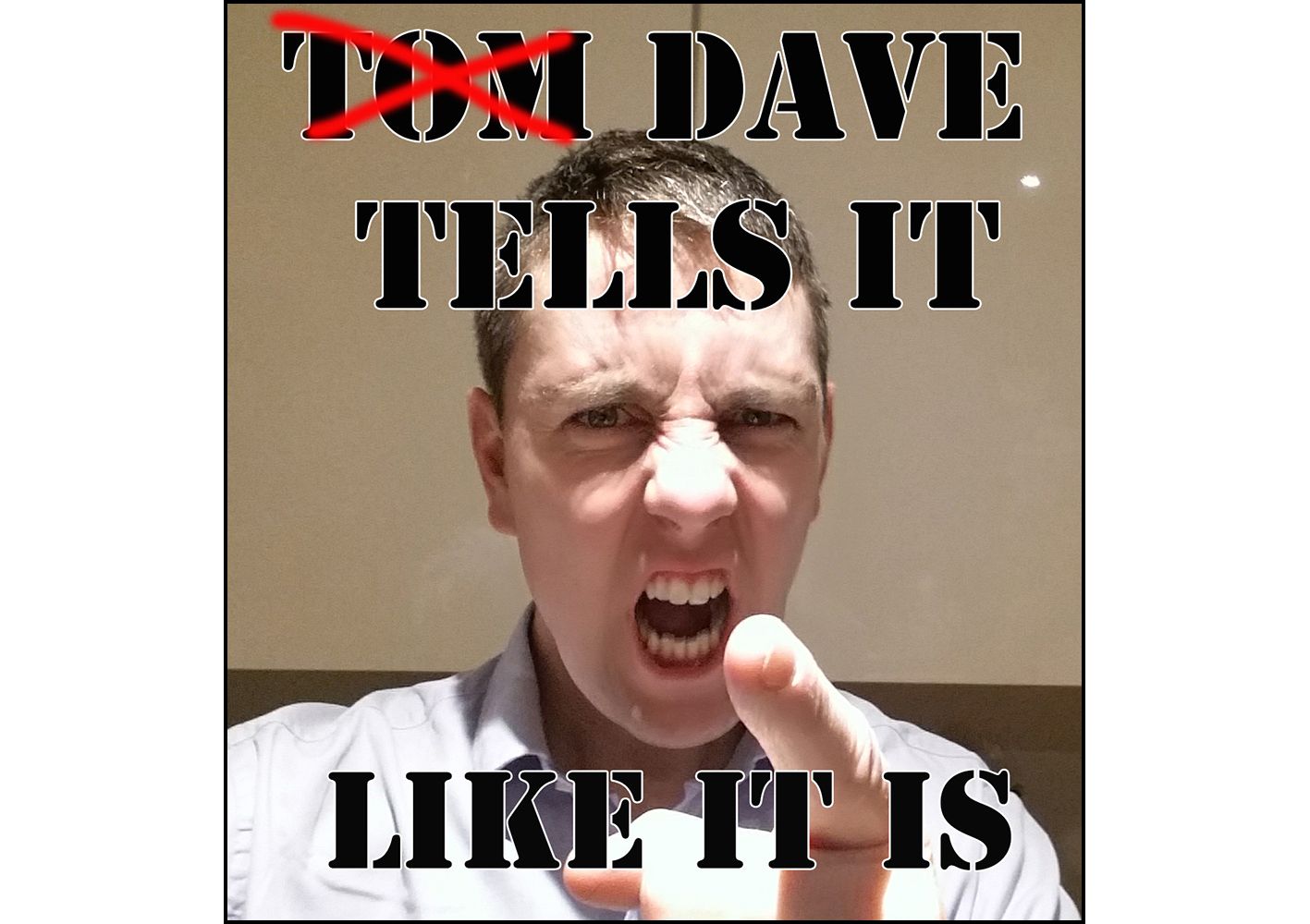 So that's what they said. If you want to see more about what BG's new best pal Dave thinks about cycling things you should check out his blog right here, and he also has hunners of videos in this place that you can look at too.

And also from both Bike Gob and BG's pal Dave, get yourself along to Pedal on Parliament on Saturday 25th April for goodness sakes. Put it in your diary. You might even get to meet dreamy Dave there or maybe even Bike Gob if you can spot who Bike Gob is. OK SEE YOU THERE THEN BYE!

Bike Gob is so excited because this Saturday is an important and great day. It is the fourth ever Pedal on Parliament ride and Bike Gob wants you all to 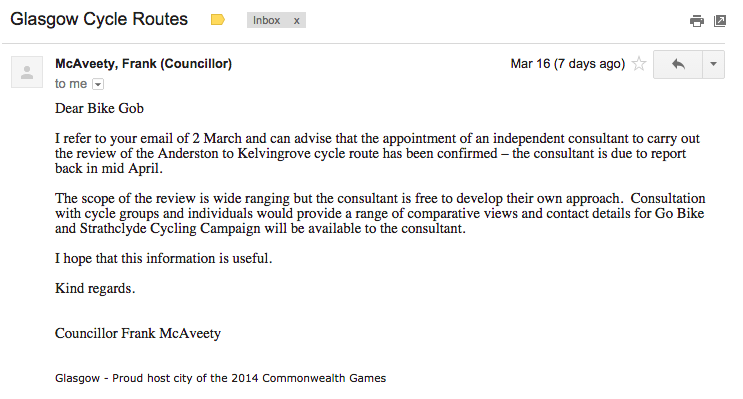