Cycling is often written about in the press, and although Bike Gob loves happy stories about the wind in your hair, they don't really sell papers. Stories in the media about cycling will more often focus on collisions, tragic deaths, and will perpetuate the general myth that cycling is not a safe thing to do when compared to say, driving a car or walking on the pavement.

One thing the media knows is that people like to read about conflict, especially when the reader may identify with one side or the other. All a lazy journalist lacking in exposure has to do is write a piece that fuels an identified conflict and sit back and watch the link clicks mount up. One such subject is the percieved war on the roads between "cyclists" and "drivers". Any experienced cyclists will know that this war does not exist. What does exist is a nationally poor infrastructure that can sometimes force those on bikes and those in cars into too small a space, not designed to hold both at the same time. As would be expected, this can cause problems in each particular circumstance, but does not denote a war. In fact, to suggest that a war exists is quite obviously counterproductive when trying to improve standards and attitudes on the roads.

The war fueling in the media has recently died down thanks for the rising popularity of cycling over all, and has now been reduced to Channel 5 documentaries and newspapers like the Daily Mail. Oh, and actually, it seems, The Scotsman. Bike Gob read this today and felt disgusted.

Bike Gob will say it again, to journalists attempting to fuel a war on the roads, please stop and think about the effects of what you write before you write any more. Cycling is a sustainable form of transport and you should be supporting it in every way you can with the reach of voice that you have. Victim blaming is not cool and your readers do not wish to buy The Daily Mail.

Apply the brakes and hold the phone! Bike Gob hasn't had a reply from Frank to Bike Gob's last letter over a month ago! So Bike Gob sent another. 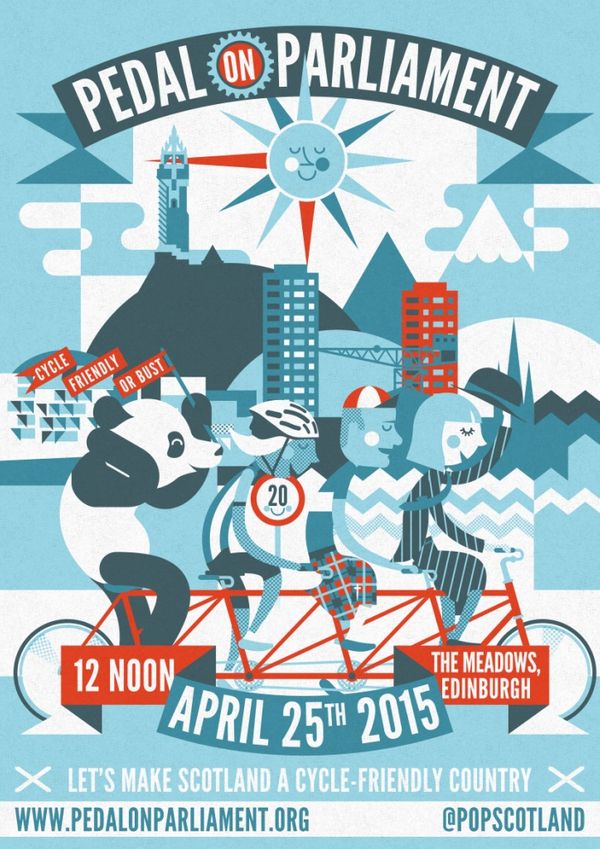 Right gobs this is important. If you want safer cycling for all you need to stand up and be counted at Pedal on Parliament. So, KEEP SATURDAY APRIL 25TH FREE!